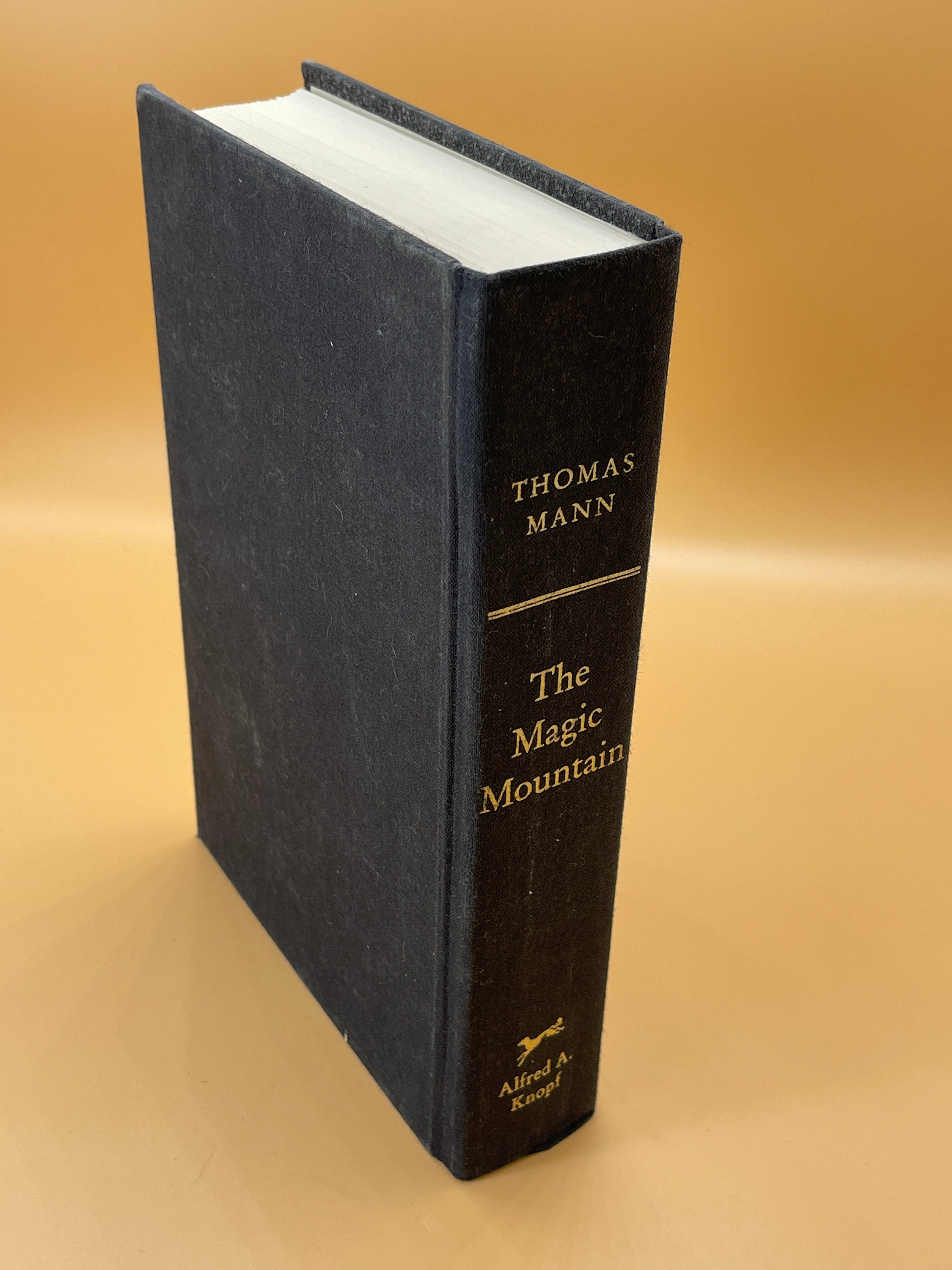 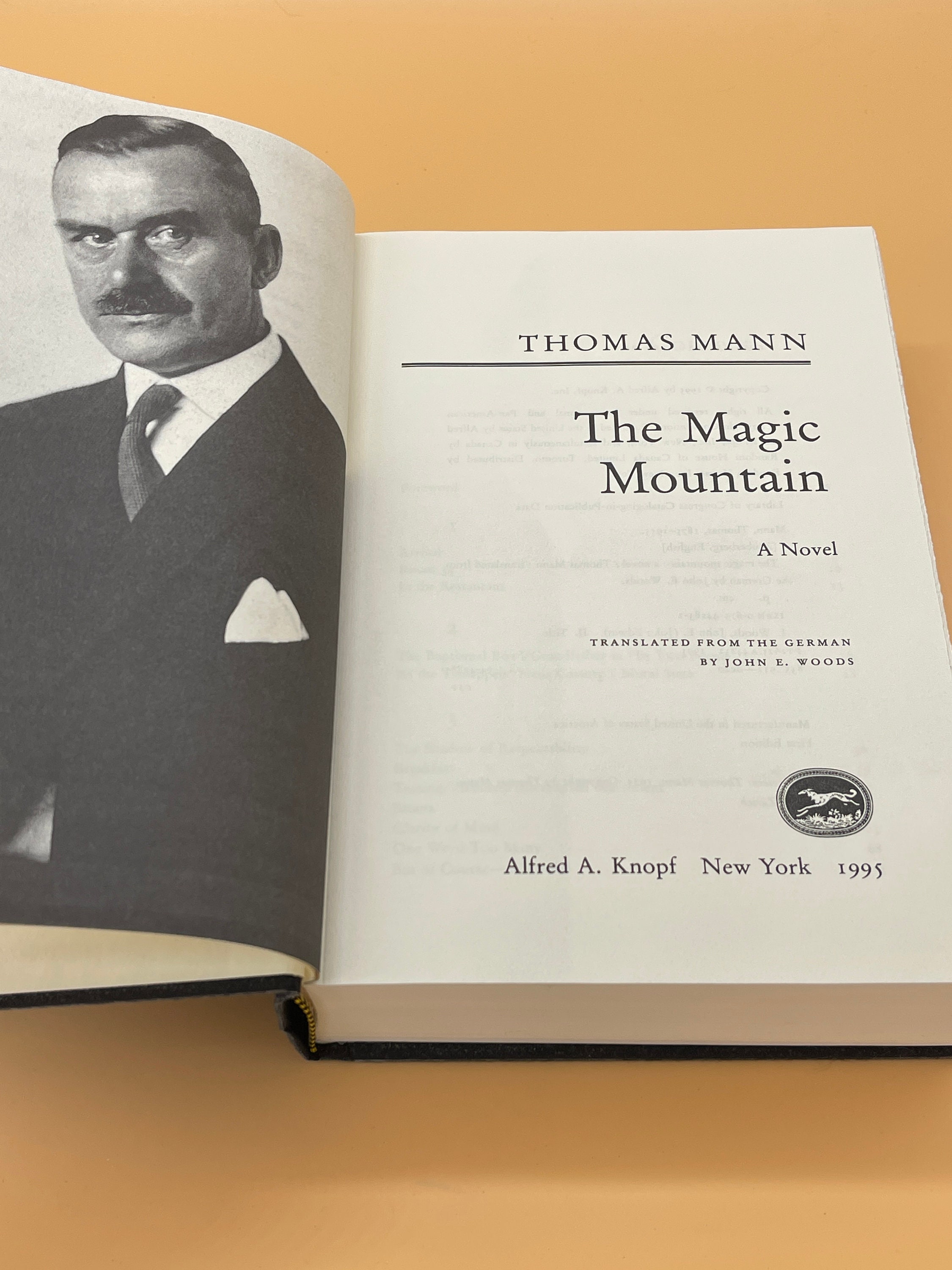 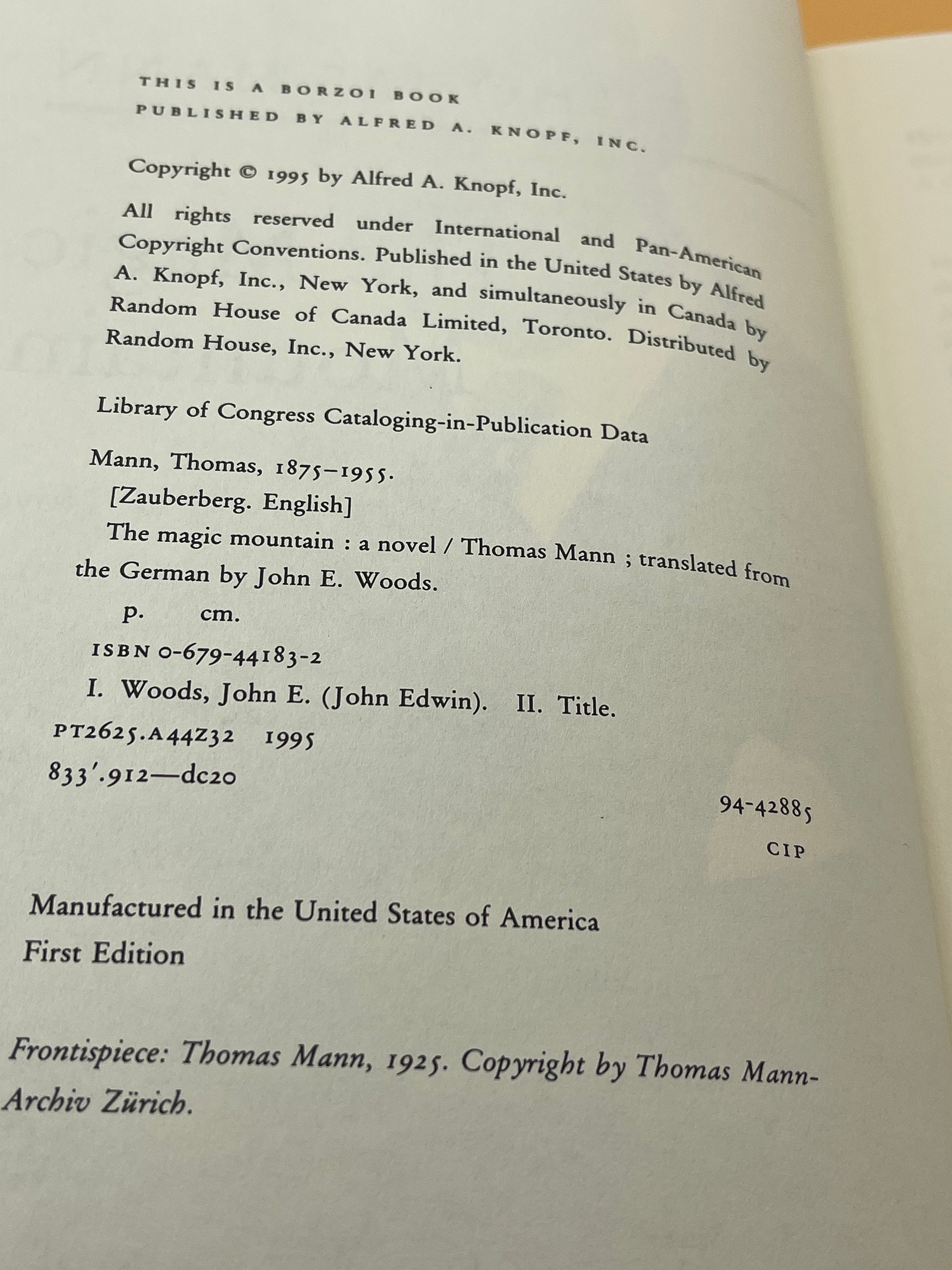 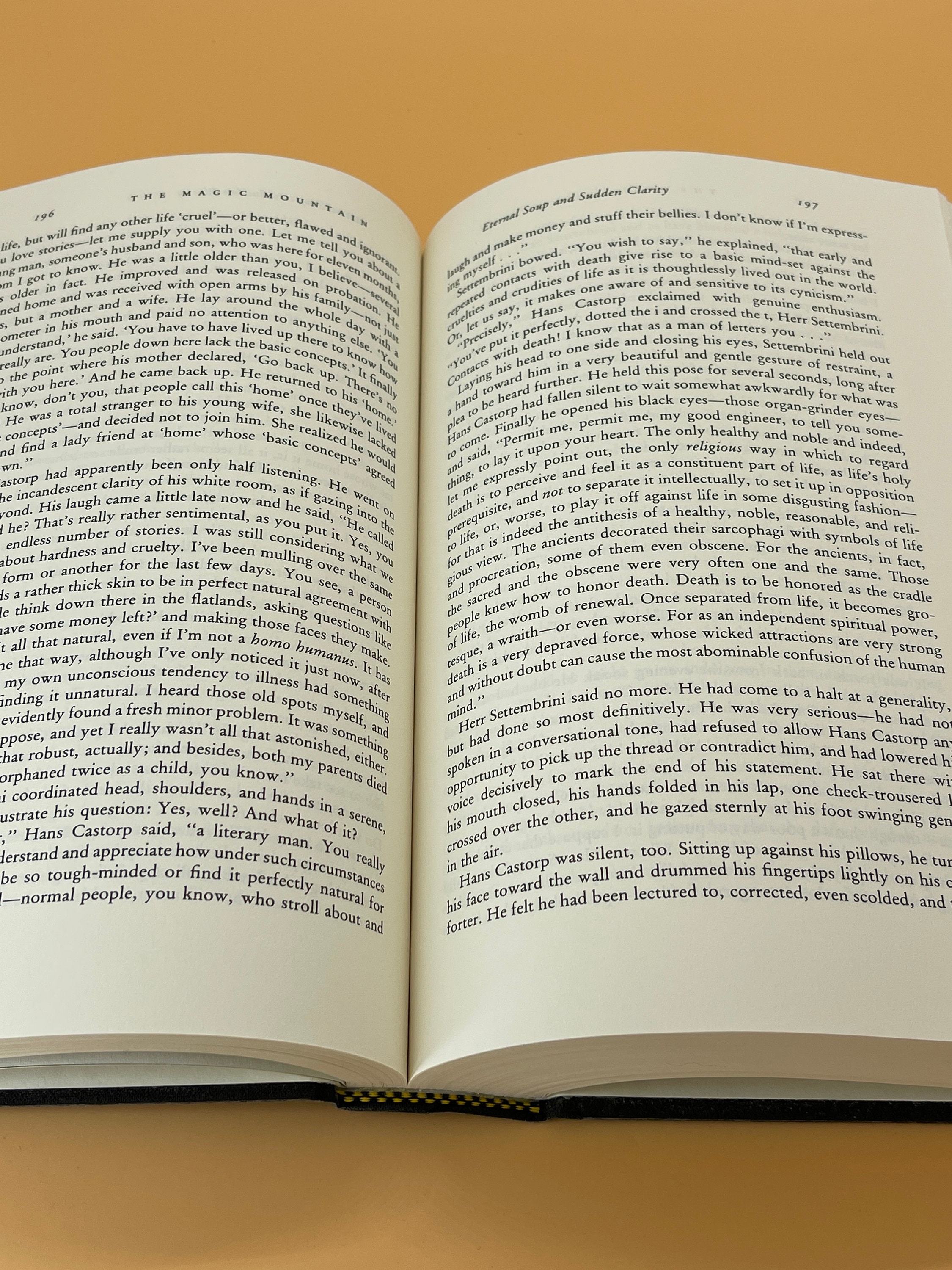 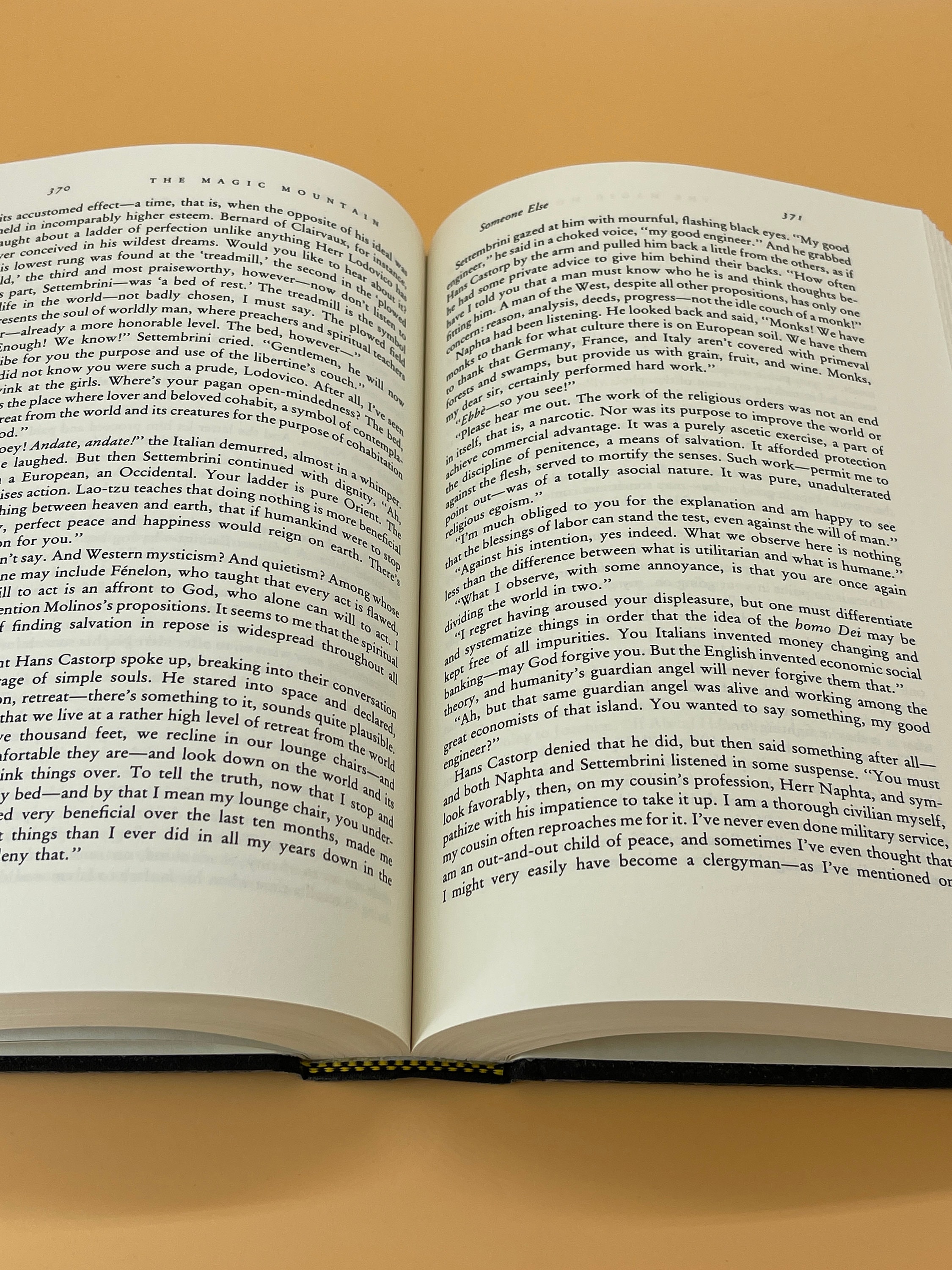 This is a near fine, almost like new hardcover, NO dust jacket on this copy. 1995 Knopf Publishing. This copy is crisp and clean inside. Pages are crisp, clean and free of markings. The binding is tight and straight. Black cloth hardcover boards are also near fine with only a hint of shelf wear at corners from display.

First published in 1924 (Germany), this novel is considered to be one of the most influential works in German literature. Interrupted by World War l, the novel was started in 1912 and somewhat changed course during the years of the war. The war had caused the author to re-examine European bourgeois society. Mann's political views also changed during this time and he felt compelled to radically revise and expand the original text. Der Zauberberg (Magic Mountain) was originally published in two volumes.
The plot of the novel follows Hans, an only child raised by his grandfather and uncle when his parents died. Before beginning a ship-building career he decides to visit his cousin who in deep in the mountains at a sanatorium hoping to be cured of tuberculosis. But as time goes on, Hans departure back to the lowlands is delayed by failing health. What was initially thought to be minor infections turns out to be diagnosed as tuberculosis and he is persuaded to stay at the sanatorium.
During his stay, colorful and quirky characters enter his circle.