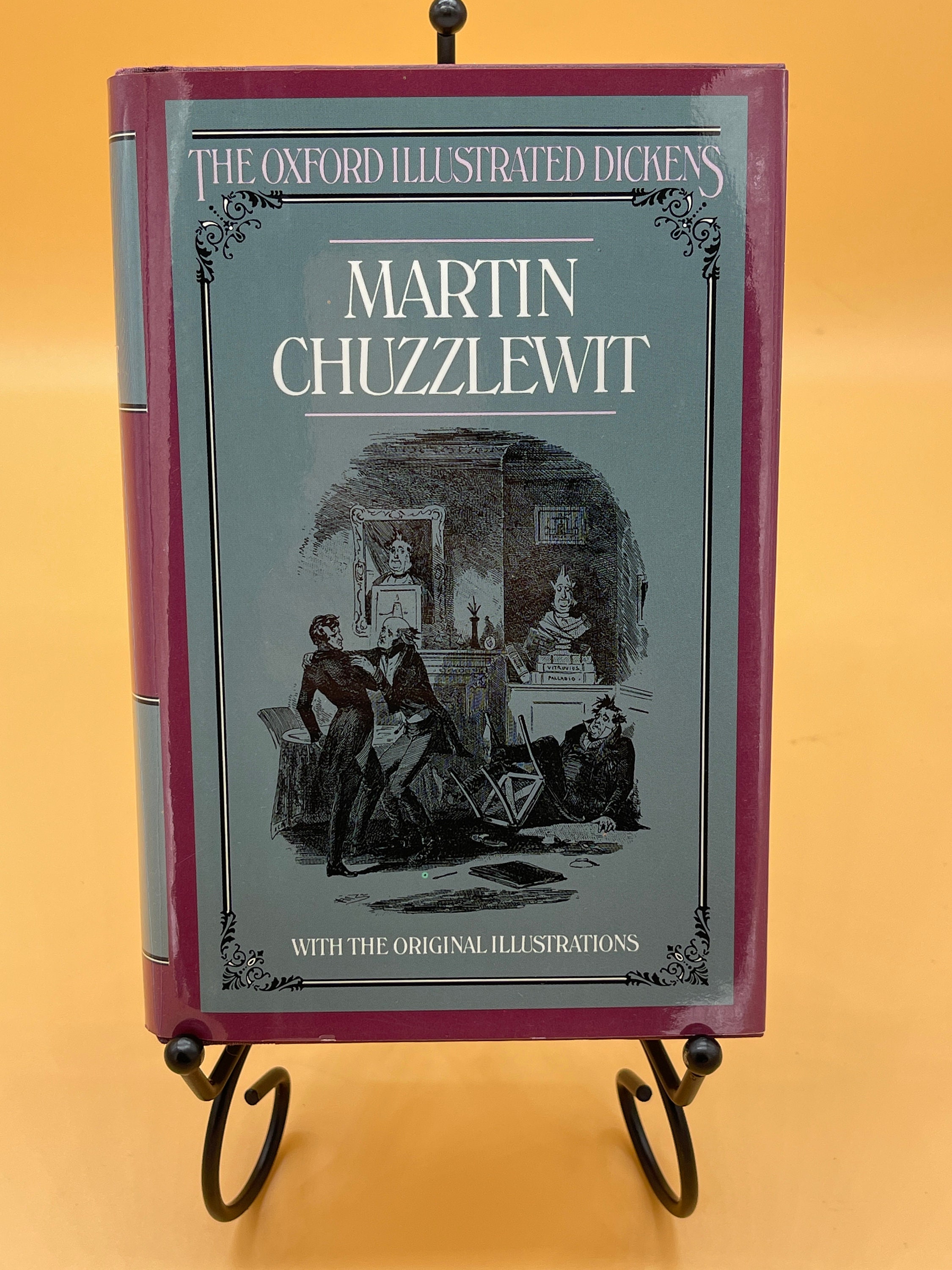 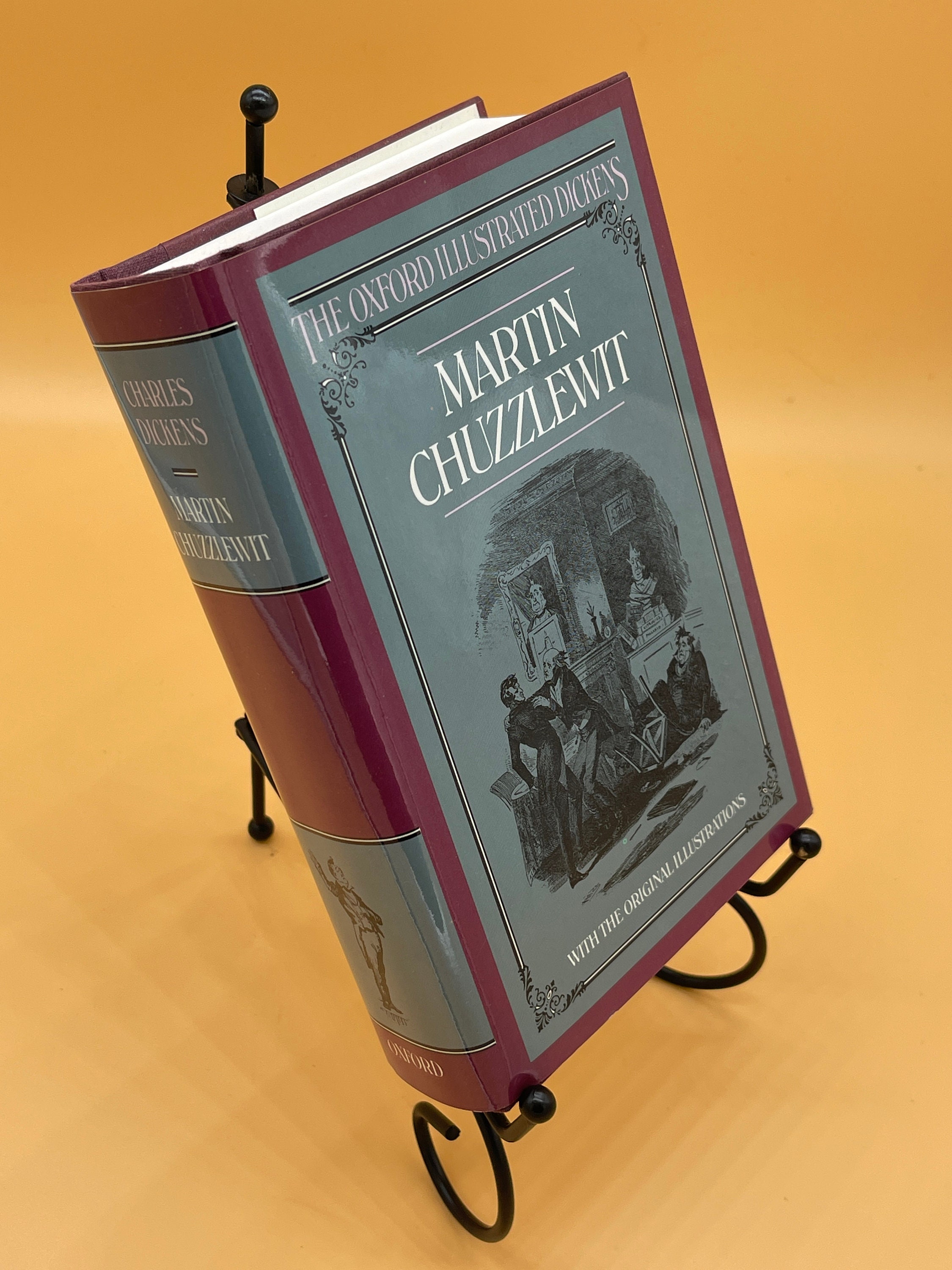 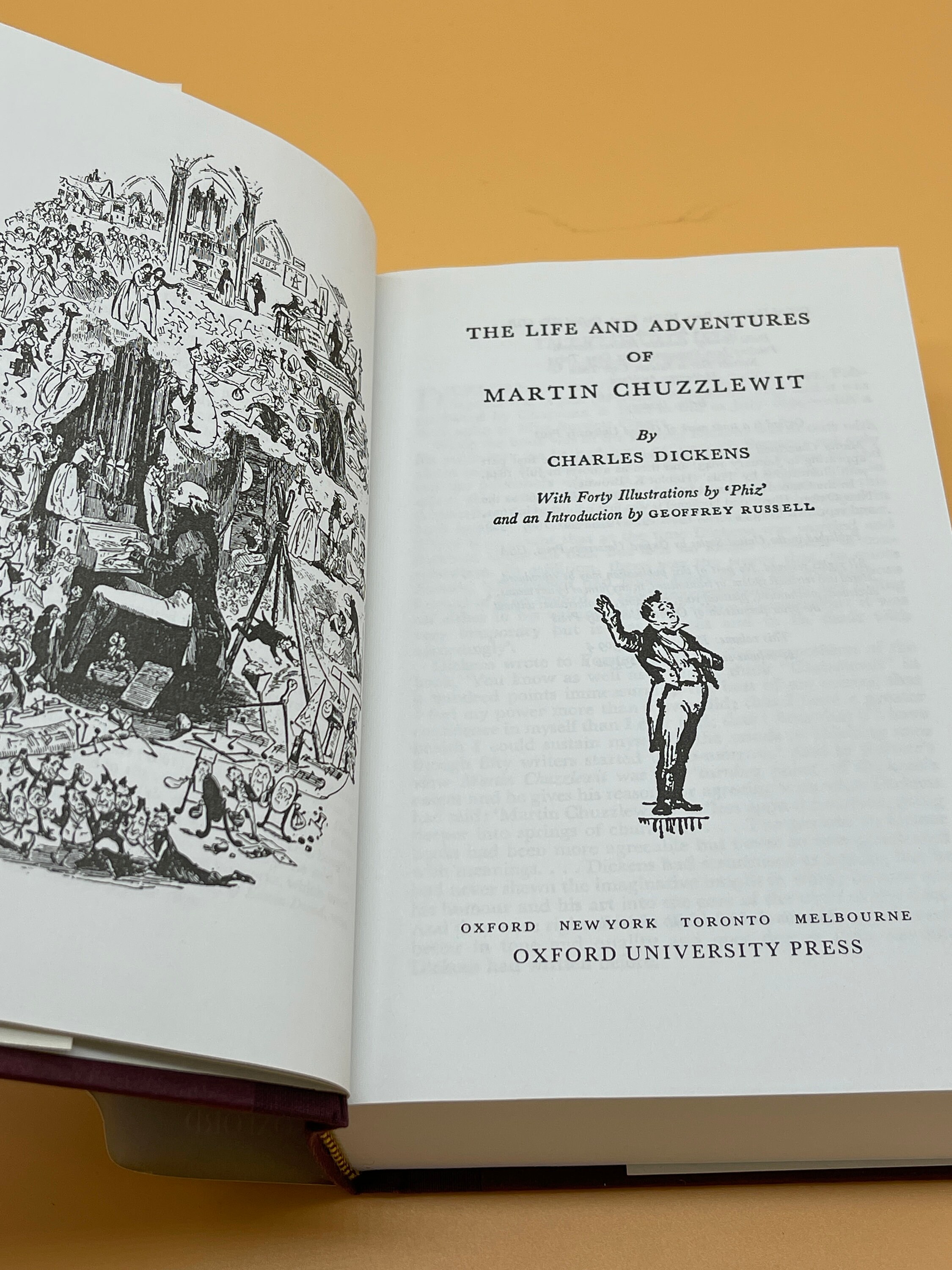 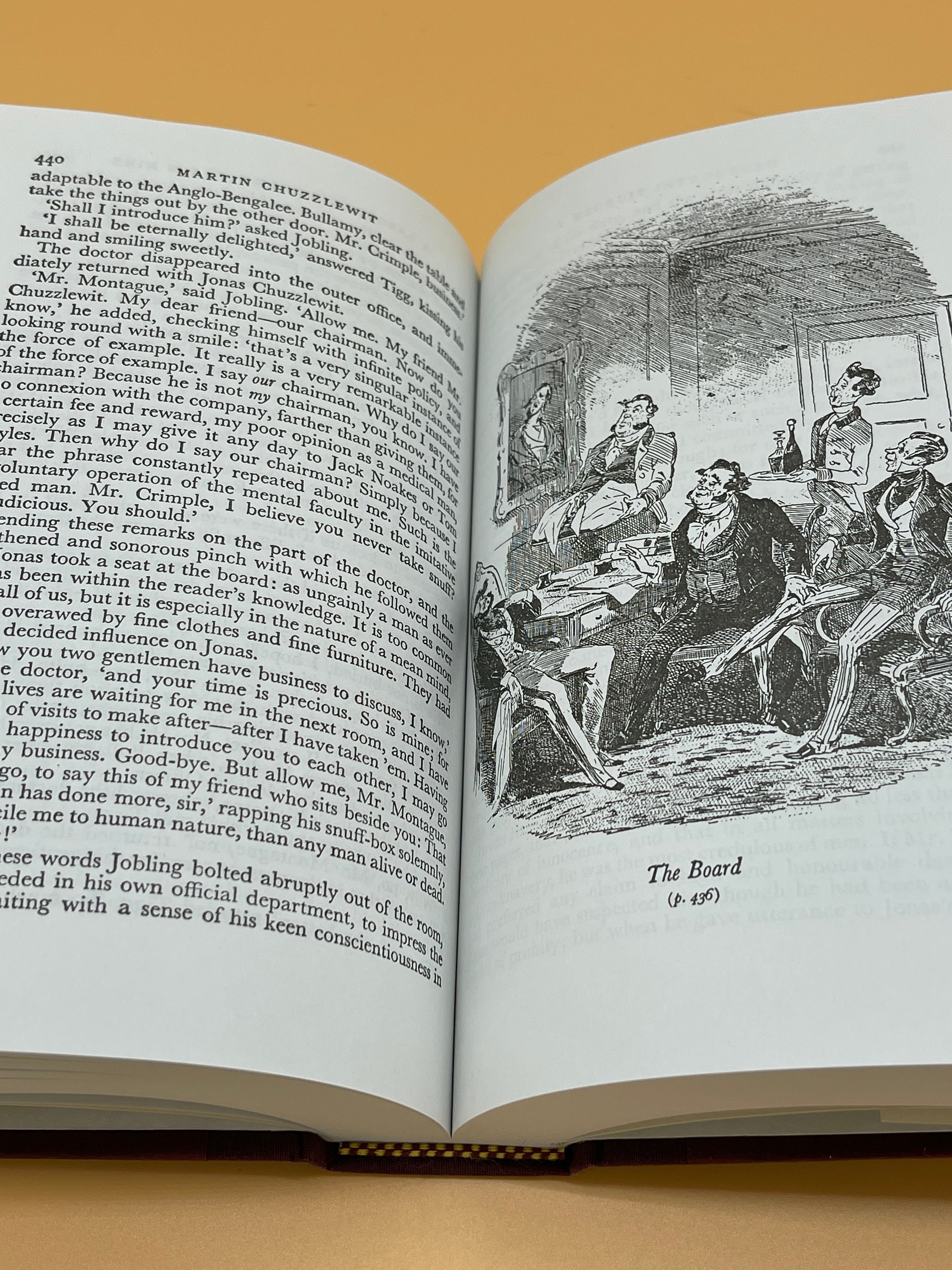 This is a like new hardcover with dust jacket. 1989 Oxford University Press. This copy is crisp and clean inside and out. The pages are white and bright, crisp and clean and free of markings. The binding is tight and straight. Maroon cloth hardcover boards under jacket are like new. The dust jacket is clean and shiny.

This is one of The Oxford Illustrated Dickens. Originally published in 1954 and reprinted in 1989, this set of 21 volumes is considered one of the most comprehensive illustrated Dickens. Each volume has original illustrations, many of which were included in the works first edition. The text is derived from the Charles Dickens Edition, revised by the author in the 1860's.

In the Intro, Geoffrey Russell writes that "Martin Chuzzlewit is something other and better in tone and quality, and goes deeper than anything Dickens had written before". Memorable characters, including the hypocrite Pecksniff, set forth in satire unmatched in Dickens work. The novel is noted for its caricature of American life.