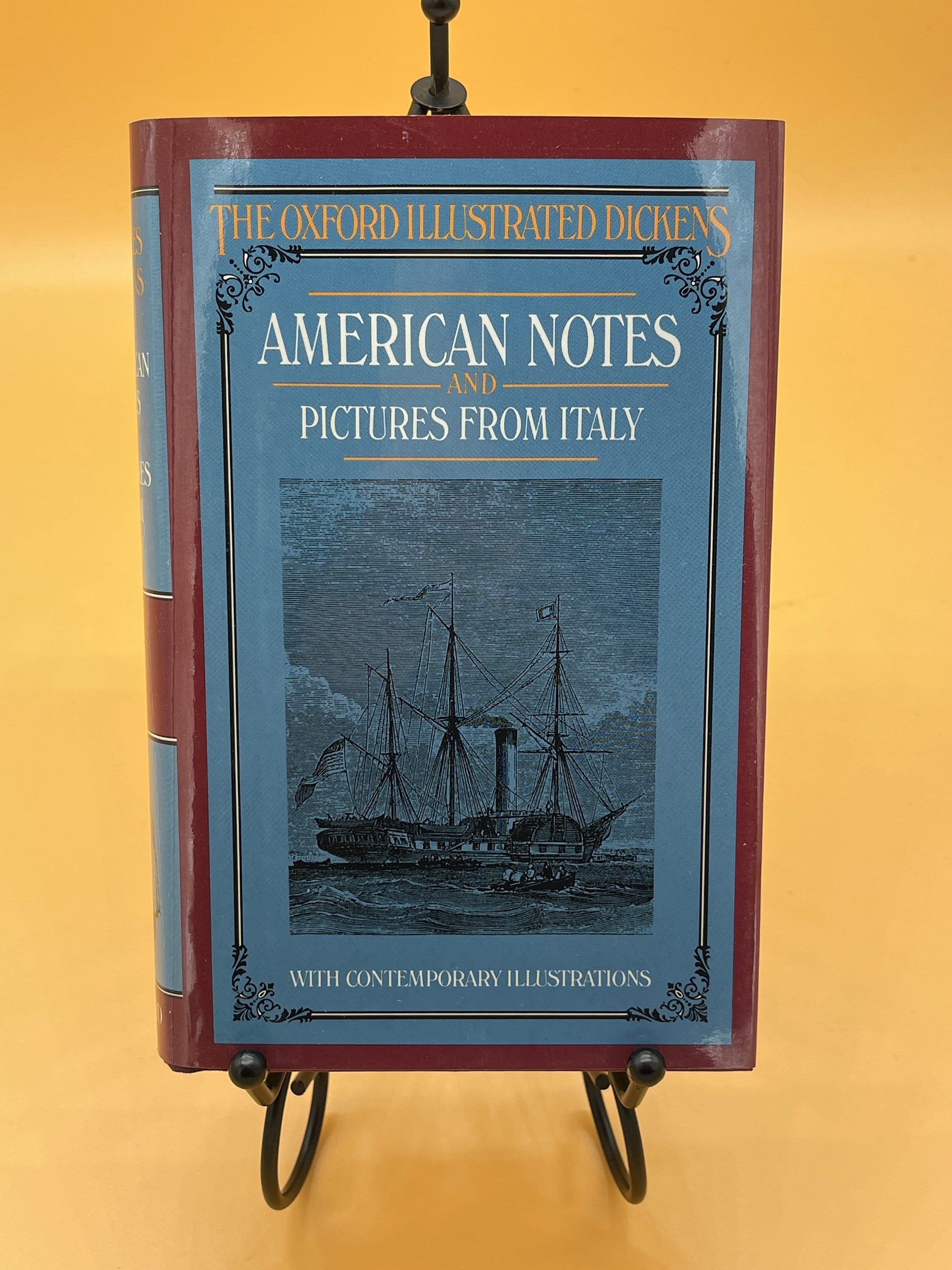 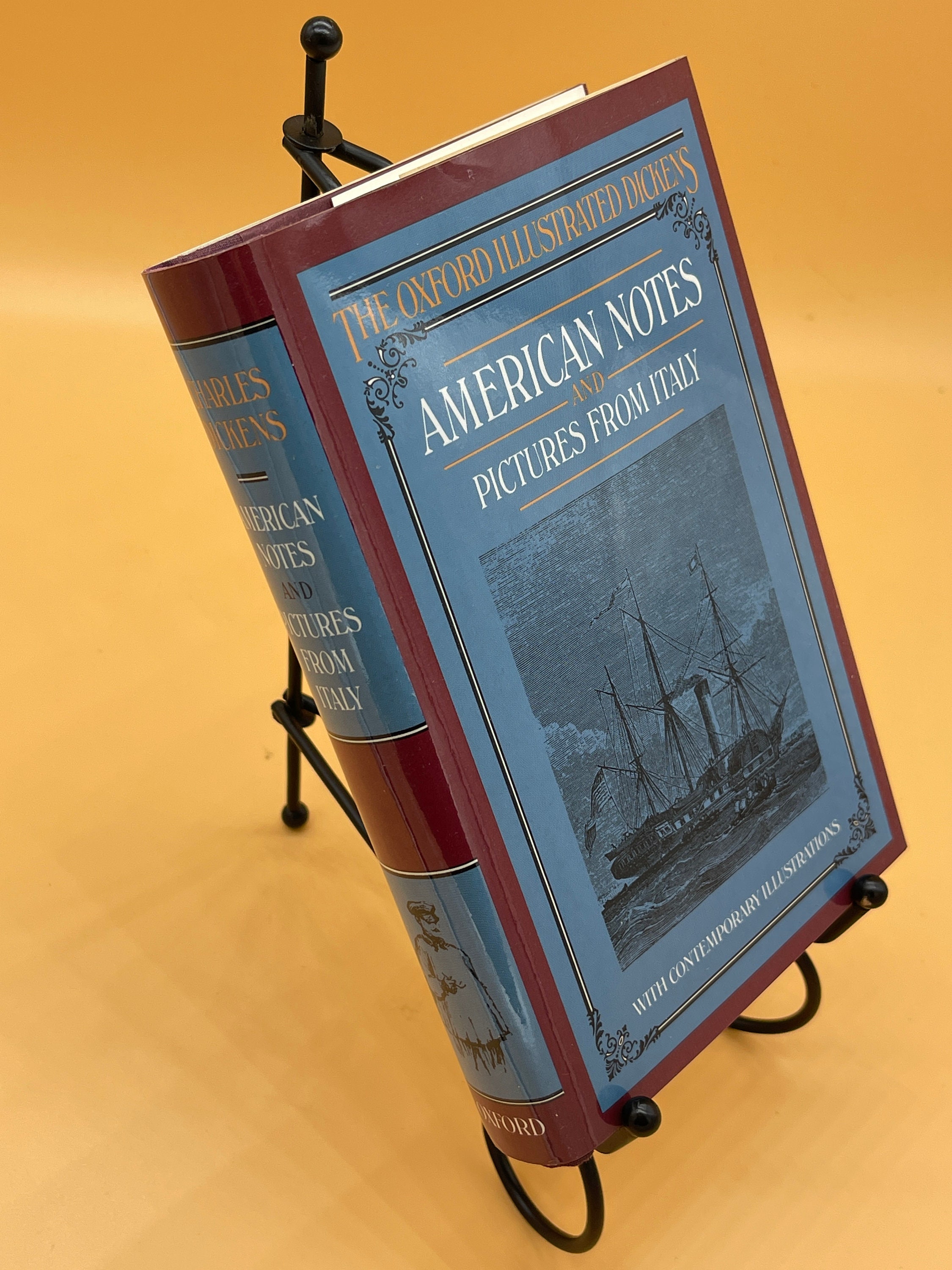 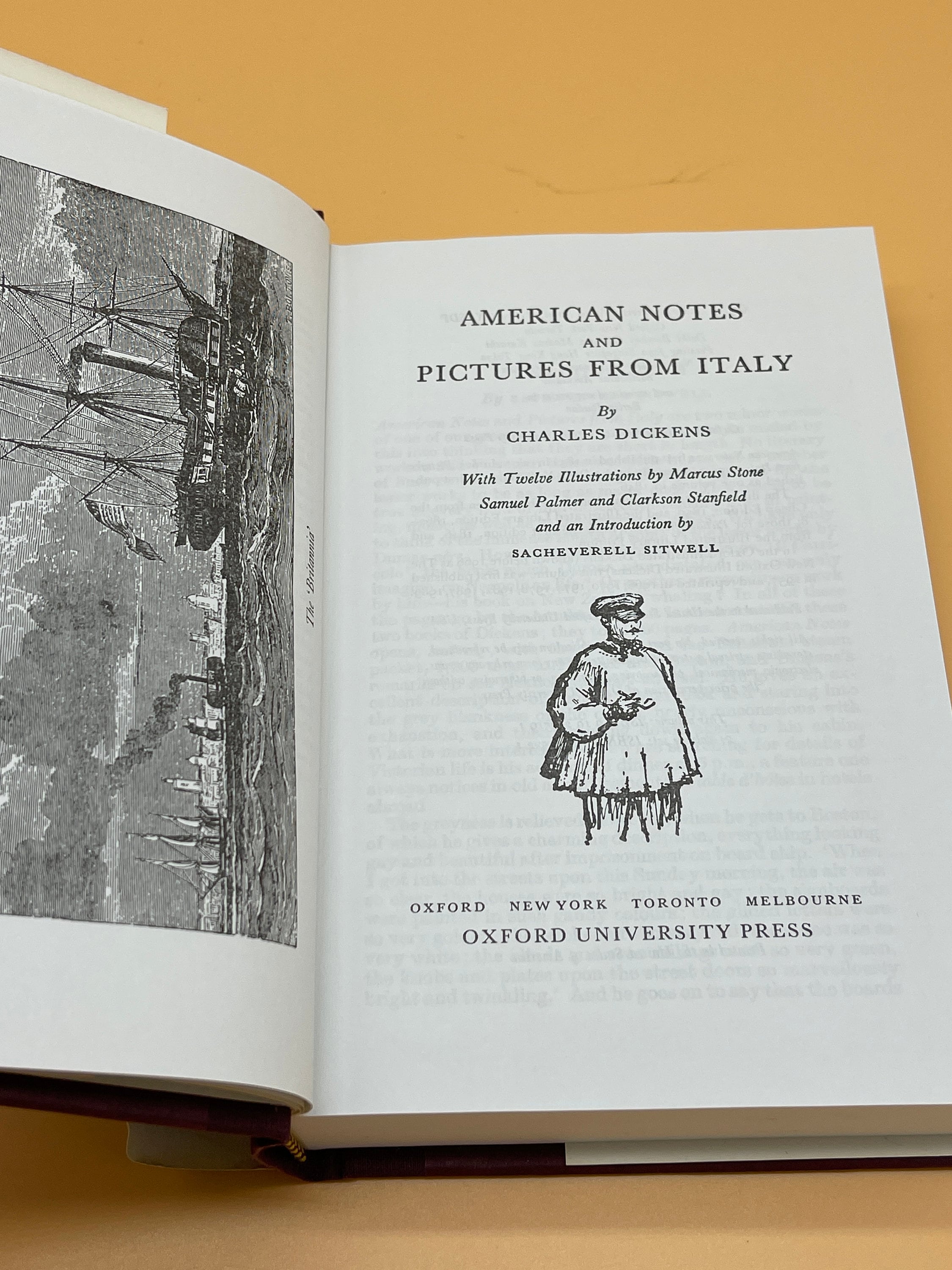 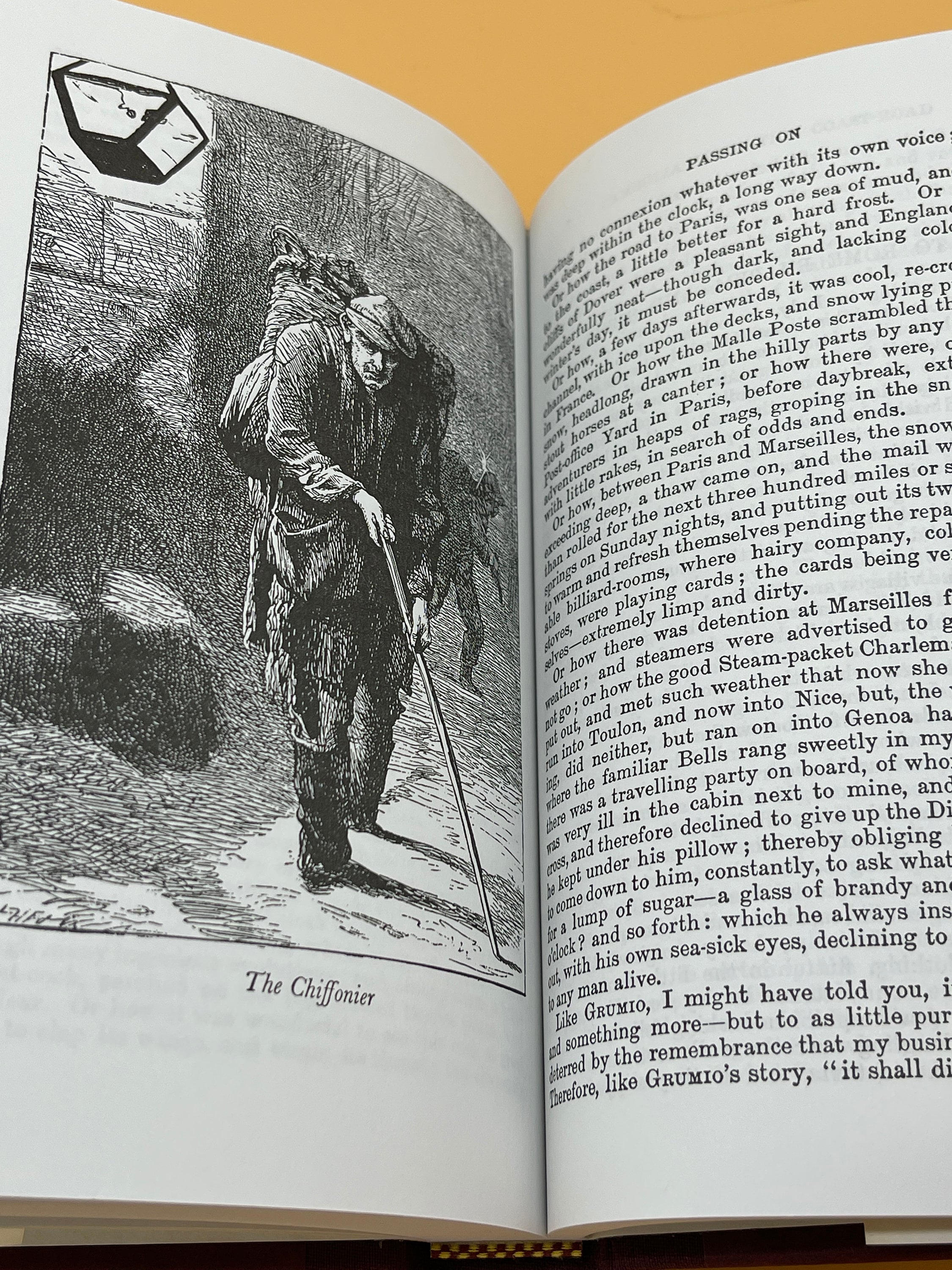 This is a like new hardcover with dust jacket. 1989 Oxford University Press. This copy is crisp and clean inside and out. The pages are white and bright, crisp and clean and free of markings. The binding is tight and straight. Maroon cloth hardcover boards under jacket are like new. The dust jacket is clean and shiny.

This is one of The Oxford Illustrated Dickens. Originally published in 1954 and reprinted in 1989, this set of 21 volumes is considered one of the most comprehensive illustrated Dickens. Each volume has original illustrations, many of which were included in the works first edition. The text is derived from the Charles Dickens Edition, revised by the author in the 1860's.

American Notes was the result of the author's 5 month trip to America in 1842. Dickens's travels included the glitter of Boston, a Broadway swarming with hogs, a gruesome penitentiary in Philadelphia, railways in Cincinnati, Louisville and St Louis steamboats. It was greeted with dismay, what Dickens had regarded honest and true, American regarded as vulgar, impudent and superficial.
Pictures from Italy is a colorful account of a tour made in 1844.