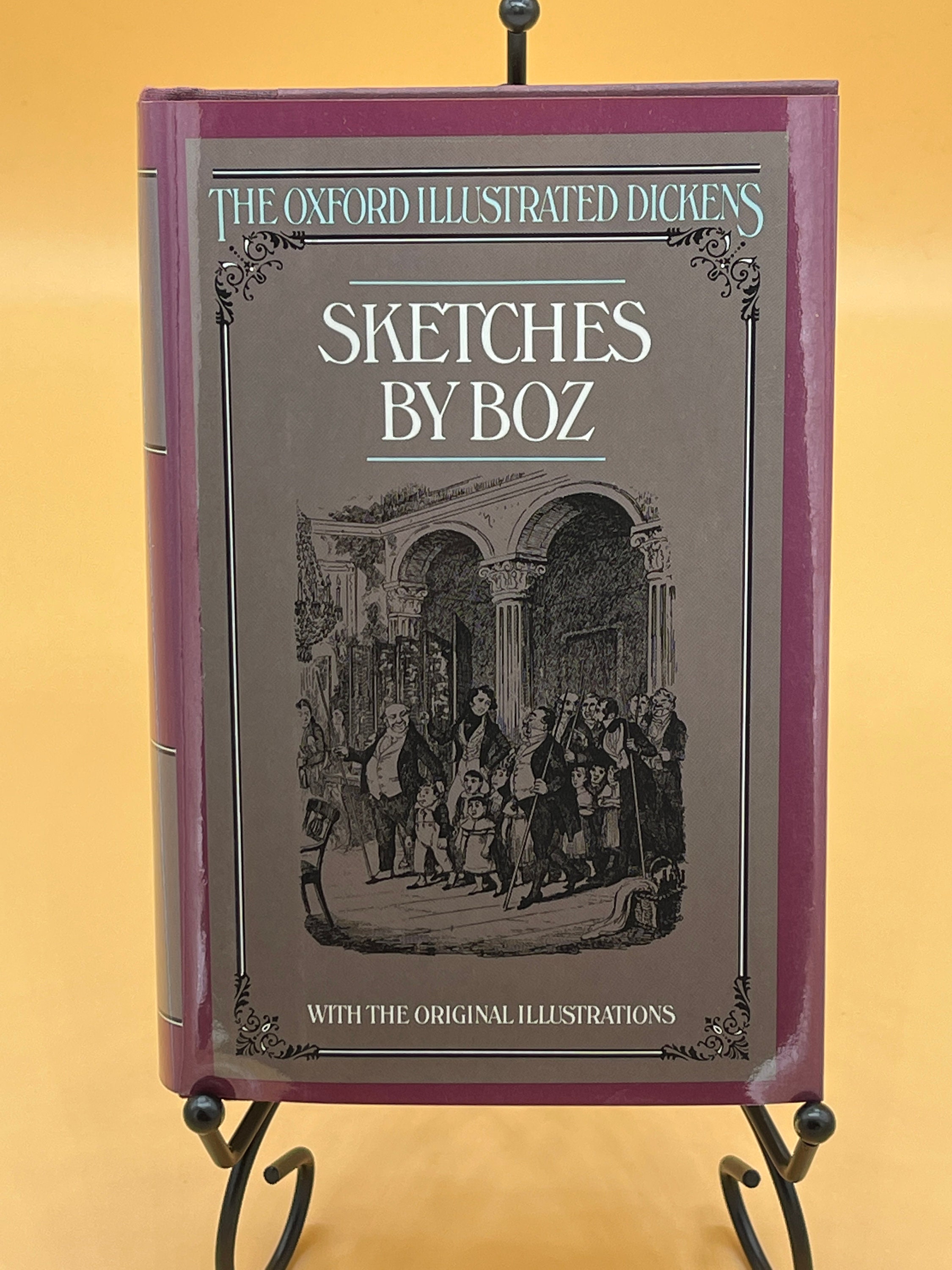 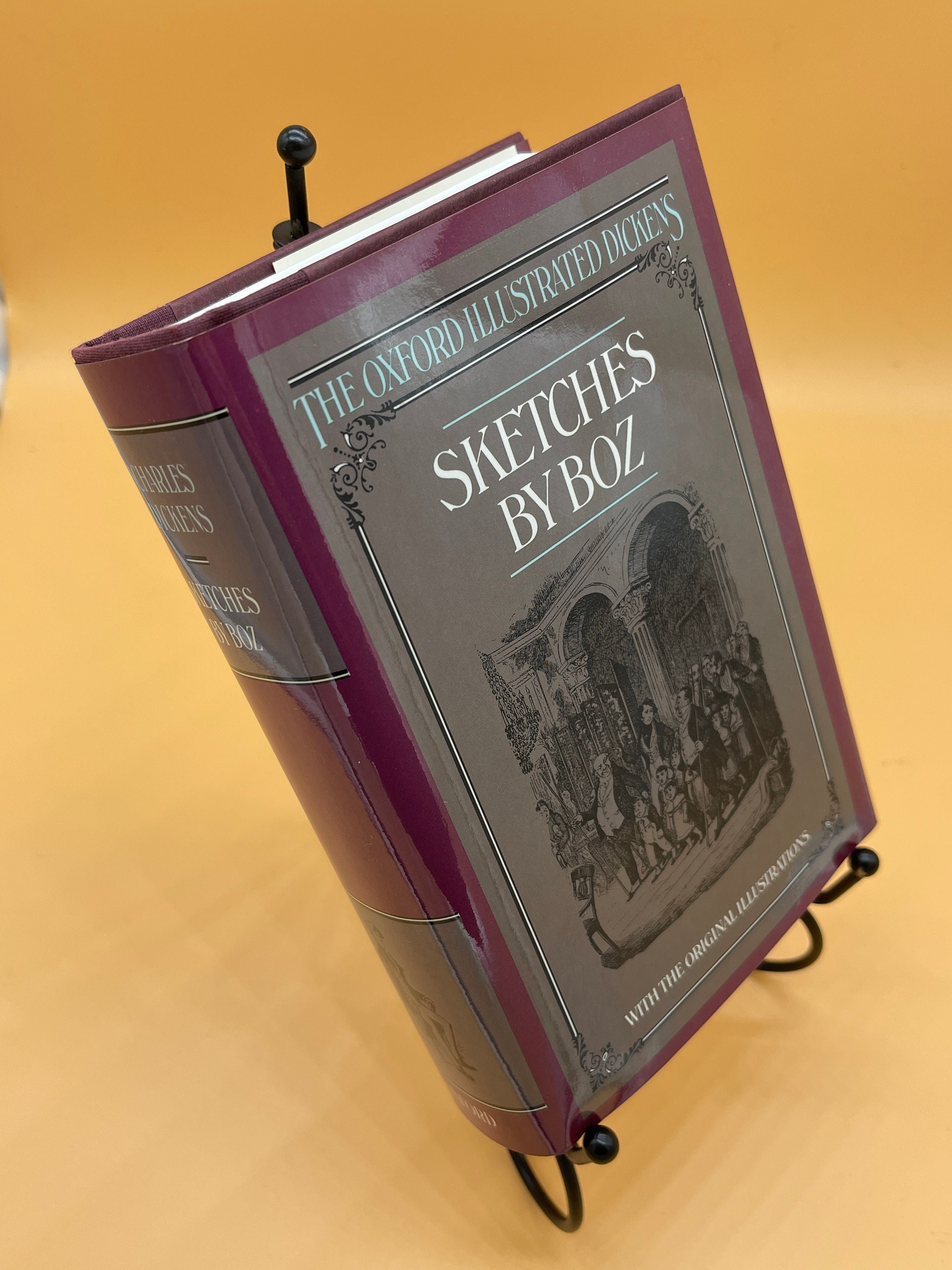 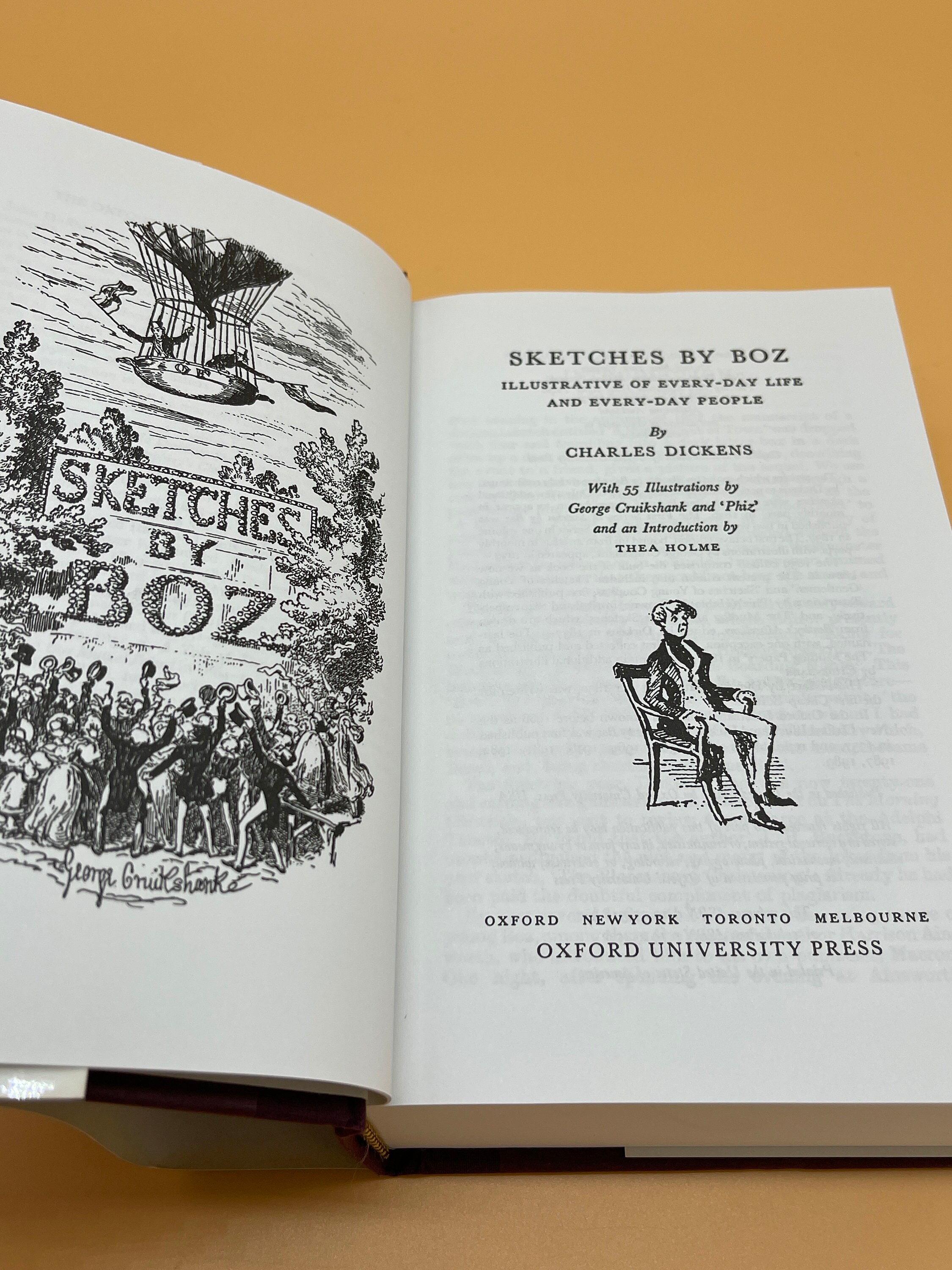 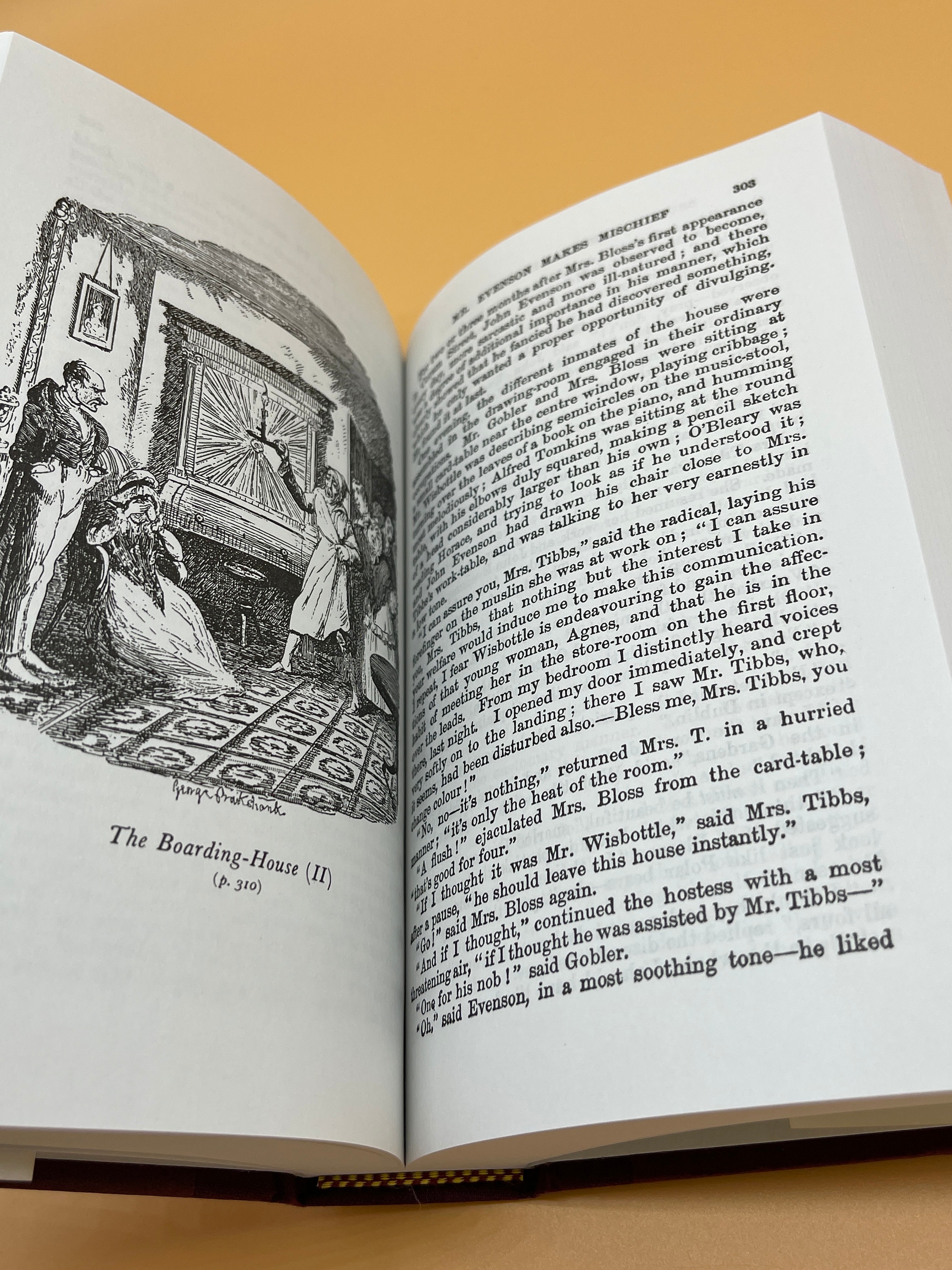 This is a like new hardcover with dust jacket. 1989 Oxford University Press. This copy is crisp and clean inside and out. The pages are white and bright, crisp and clean, and free of markings. Binding tight and straight. Maroon cloth boards under jacket are like new. Dust jacket is clean and shiny.

This is one of The Oxford Illustrated Dickens, originally published in 1954 and reprinted 1989. The 21 volume set is regarded as one of the most comprehensive illustrated Dickens available. Each volume contains original illustrations, many featured in the first editions of the work. The text is derived from the Charles Dickens Edition, revised by the author in the 1860's.

Thea Holmes writes in her Intro for this edition that Dickens "composed these sketches, his first attempts at authorship, poised between two worlds". On one hand, Dickens depicts in relentless detail the horror of poverty, disease, and crime - and on the other hand the prosperous vulgarity of the rapidly rising middle class, the legacy of 18th century London. Among the essays are Scotland Yard, Gin-Shops, Shabby-Genteel People, and The Steam Excursion.