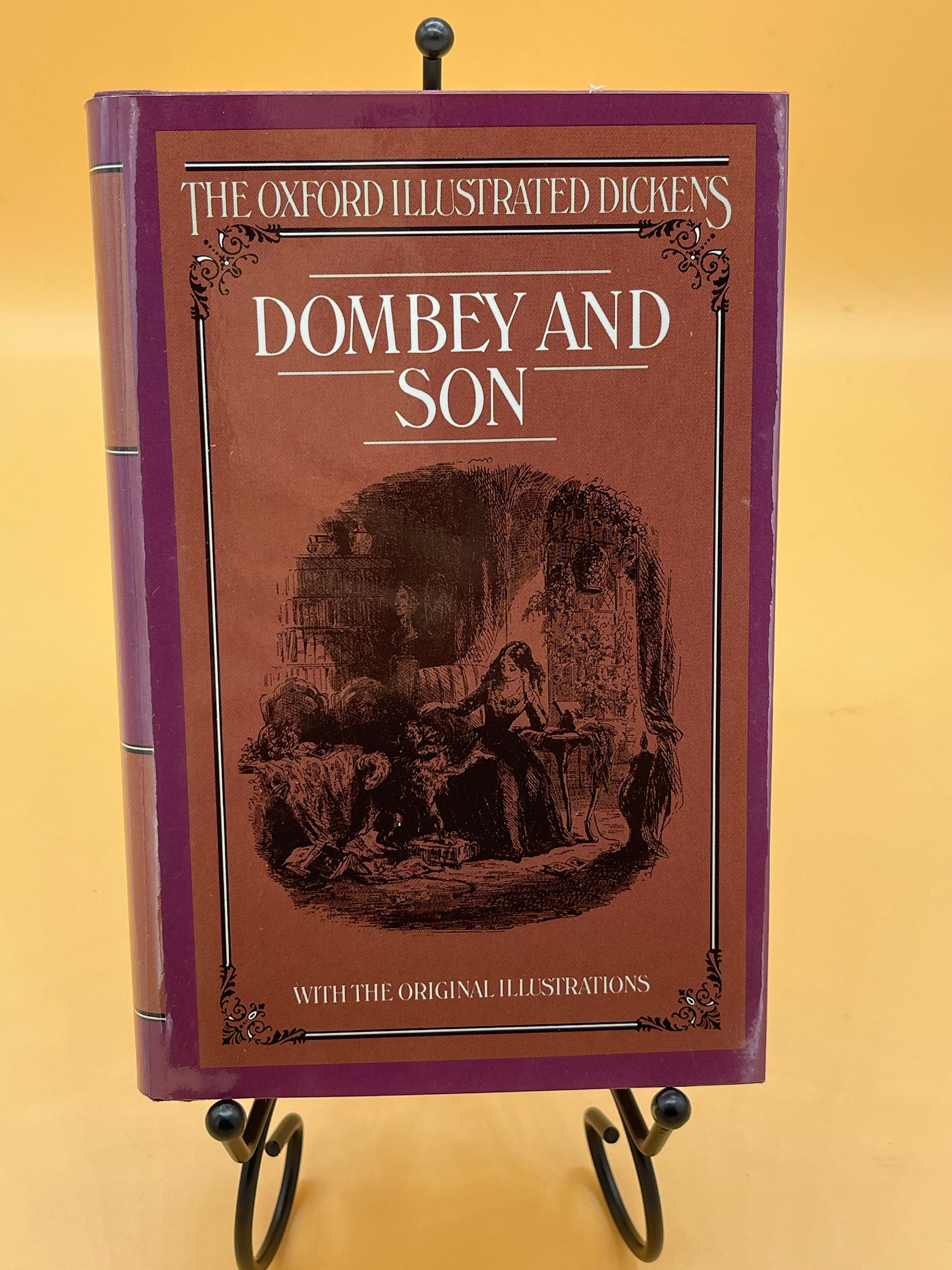 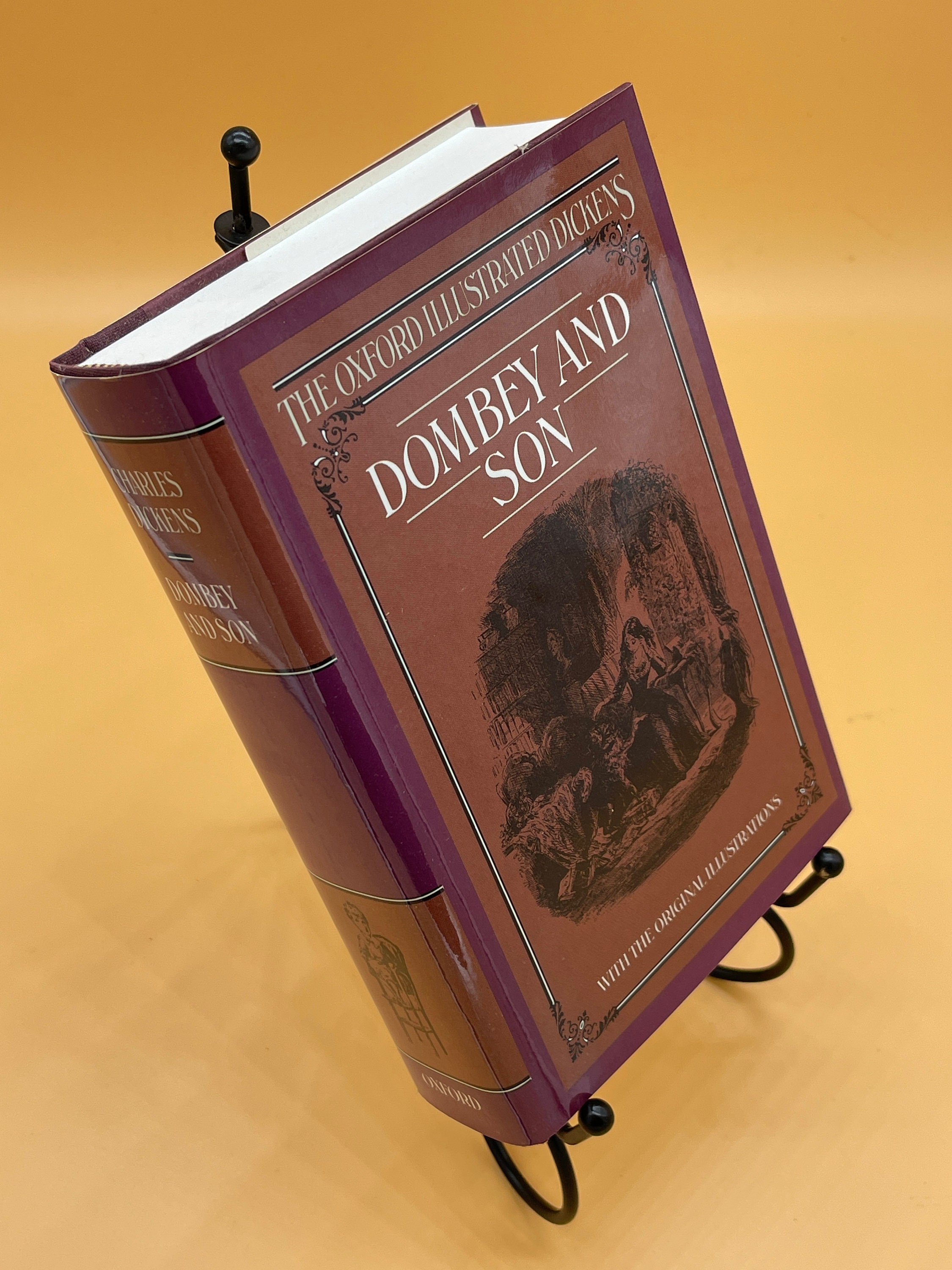 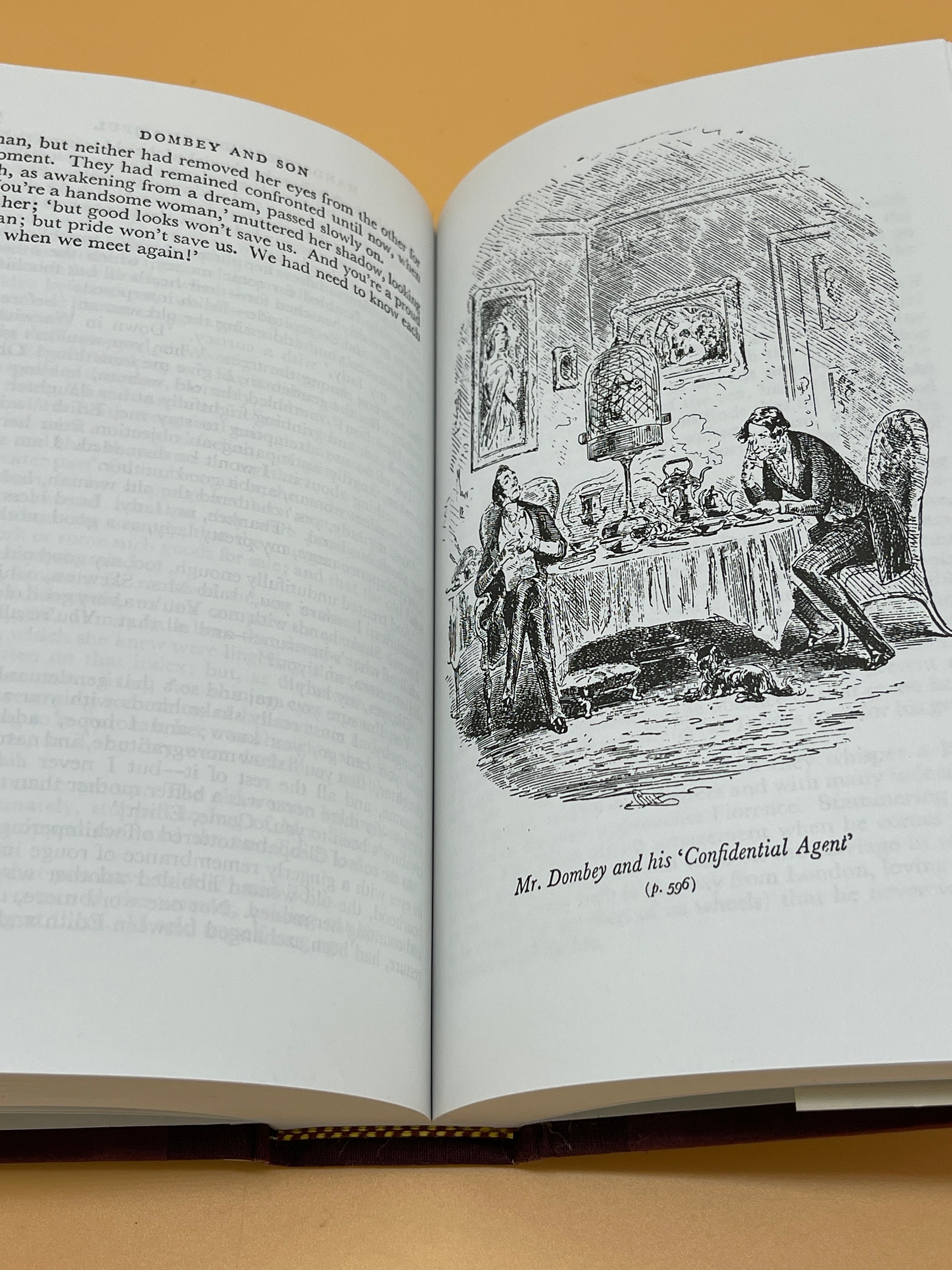 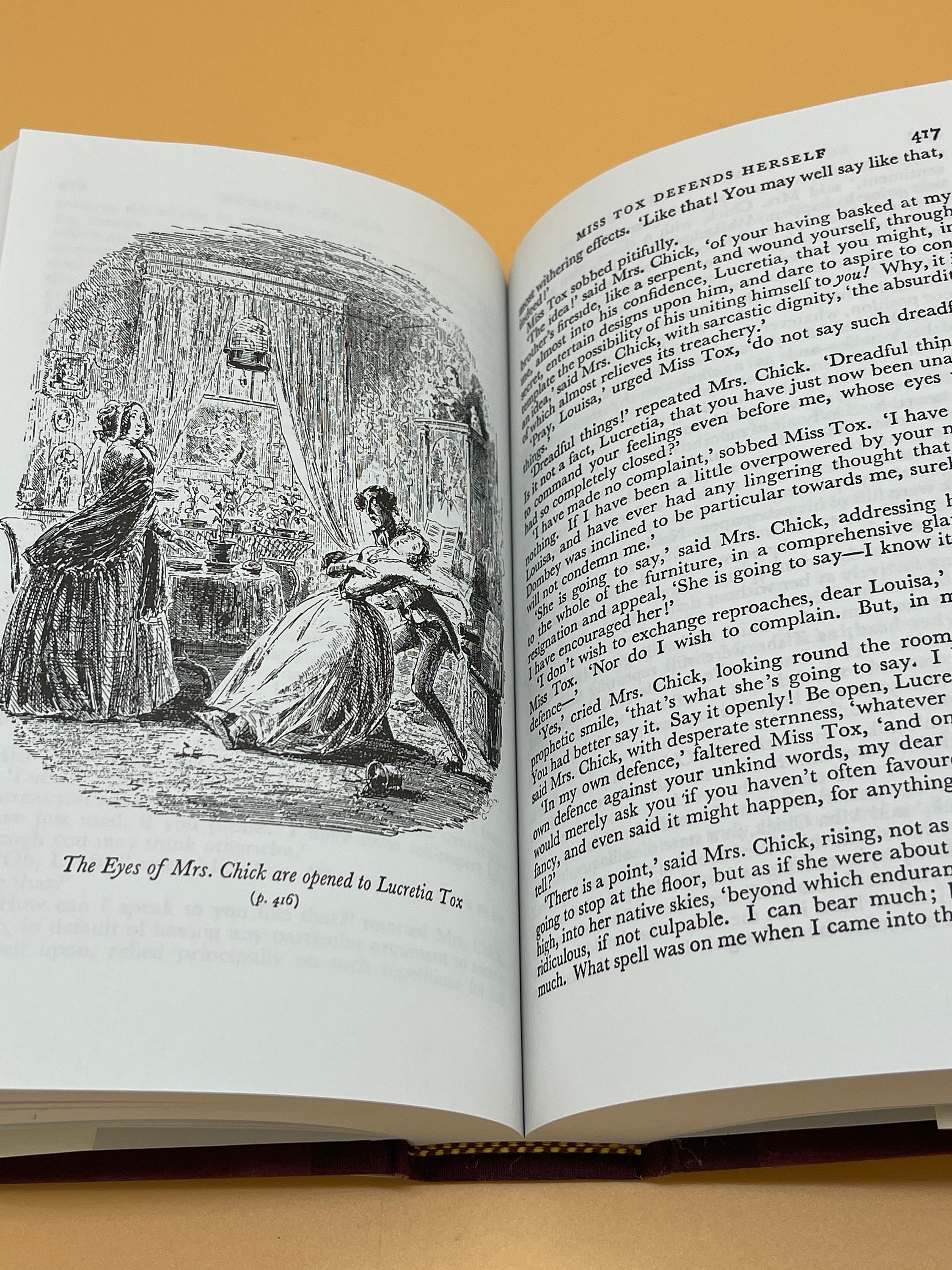 This is a like new hardcover with dust jacket. 1989 Oxford University Press. This copy is crisp and clean inside and out. Pages are white and bright, crisp and clean, and free of markings. Binding tight and straight. Maroon cloth hardcover boards under jacket are like new.

This is one of The Oxford Illustrated Dickens set originally published in 1954 and reprinted in 1989. The 21 volume collectible set is considered the most comprehensive illustrated Dickens available. Each volume includes originally illustrations, many of which were contained in the first editions. The text is derived from the Charles Dickens Edition, revised by the author in the 1860's.

Dombey and Son is the story of Mr Dombey, the proud, rich owner of a shipping house, whose selfishness has tragic consequences for his family. As the world collapses around him, Dombey becomes a sad figure, estranged from his mistreated though ever-sympathetic daughter Florence.

Could not be happier with this seller! Prompt, helpful communication, books in immaculate condition as advertised, careful shipping… for someone in an area with hardly any used books stores, I’m glad I found a quality online shop. Will definitely be browsing his other books!