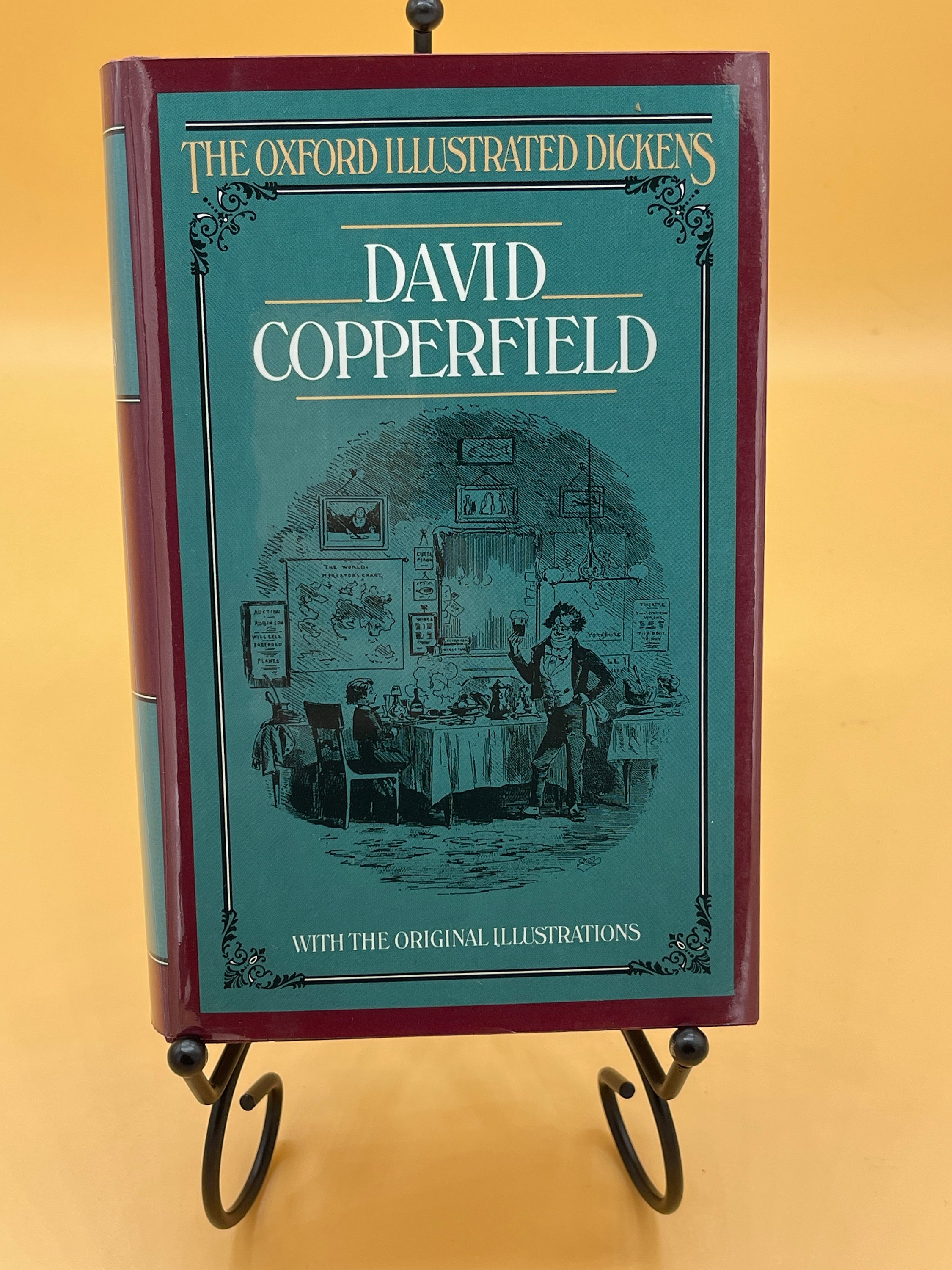 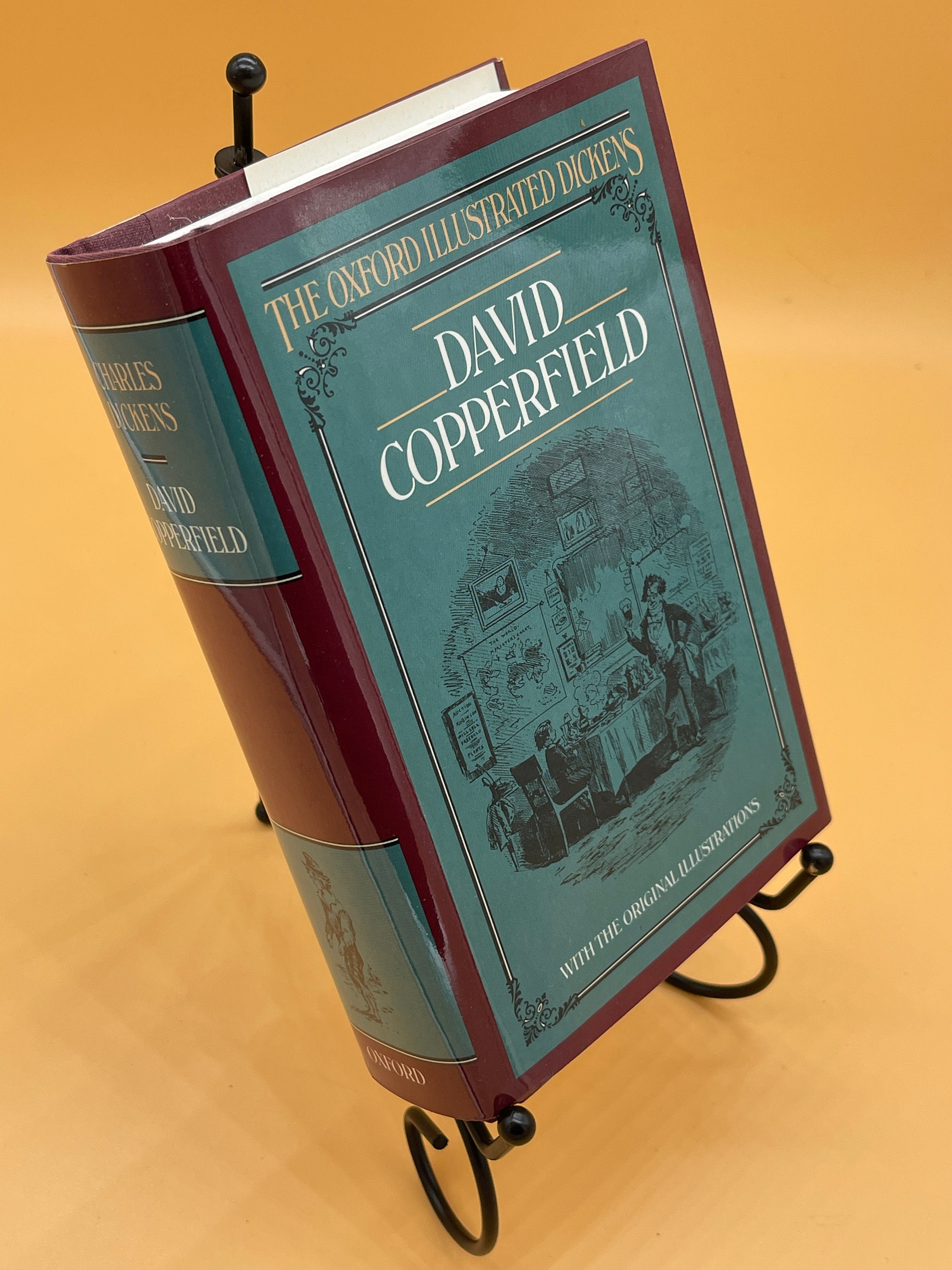 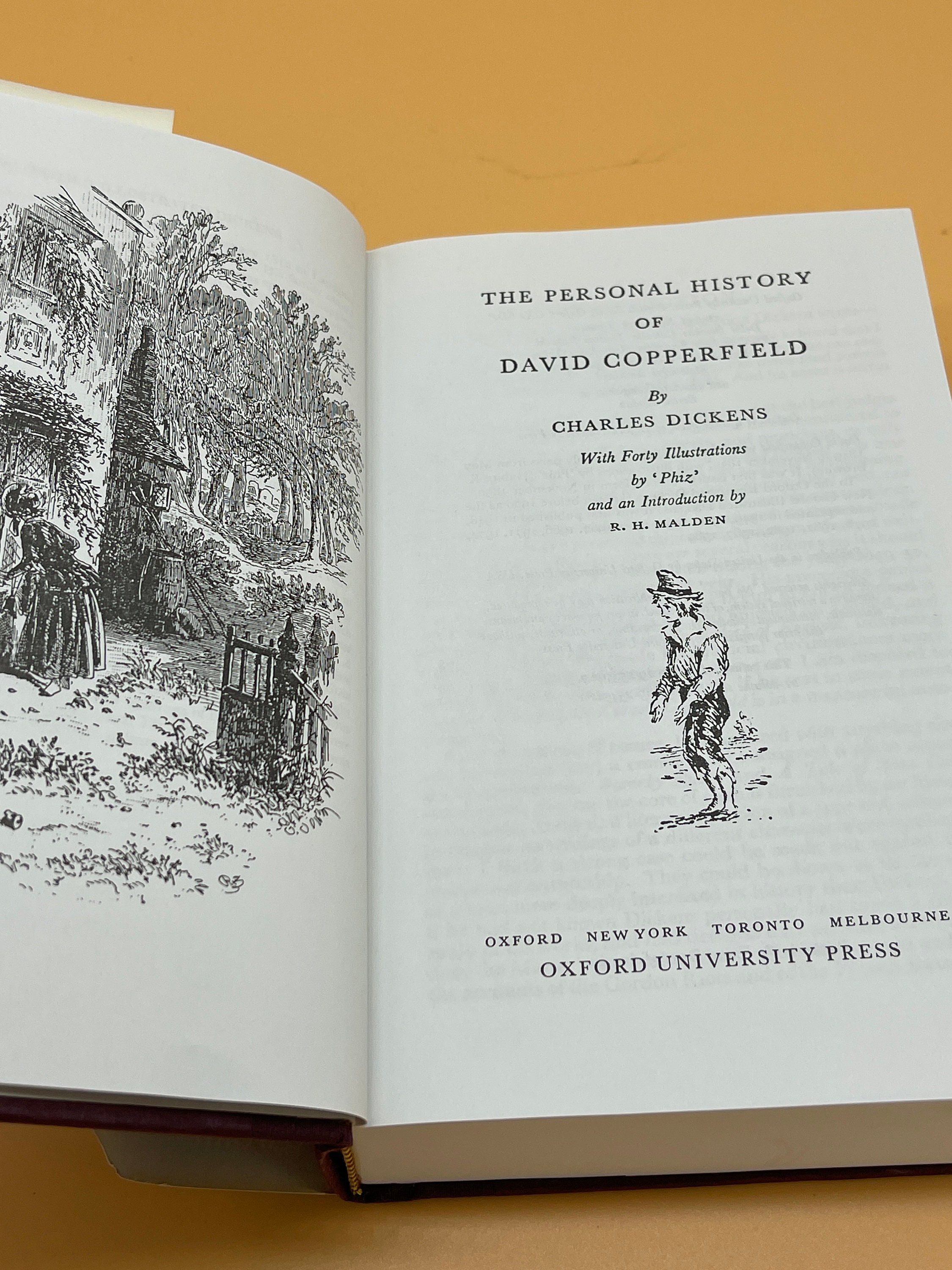 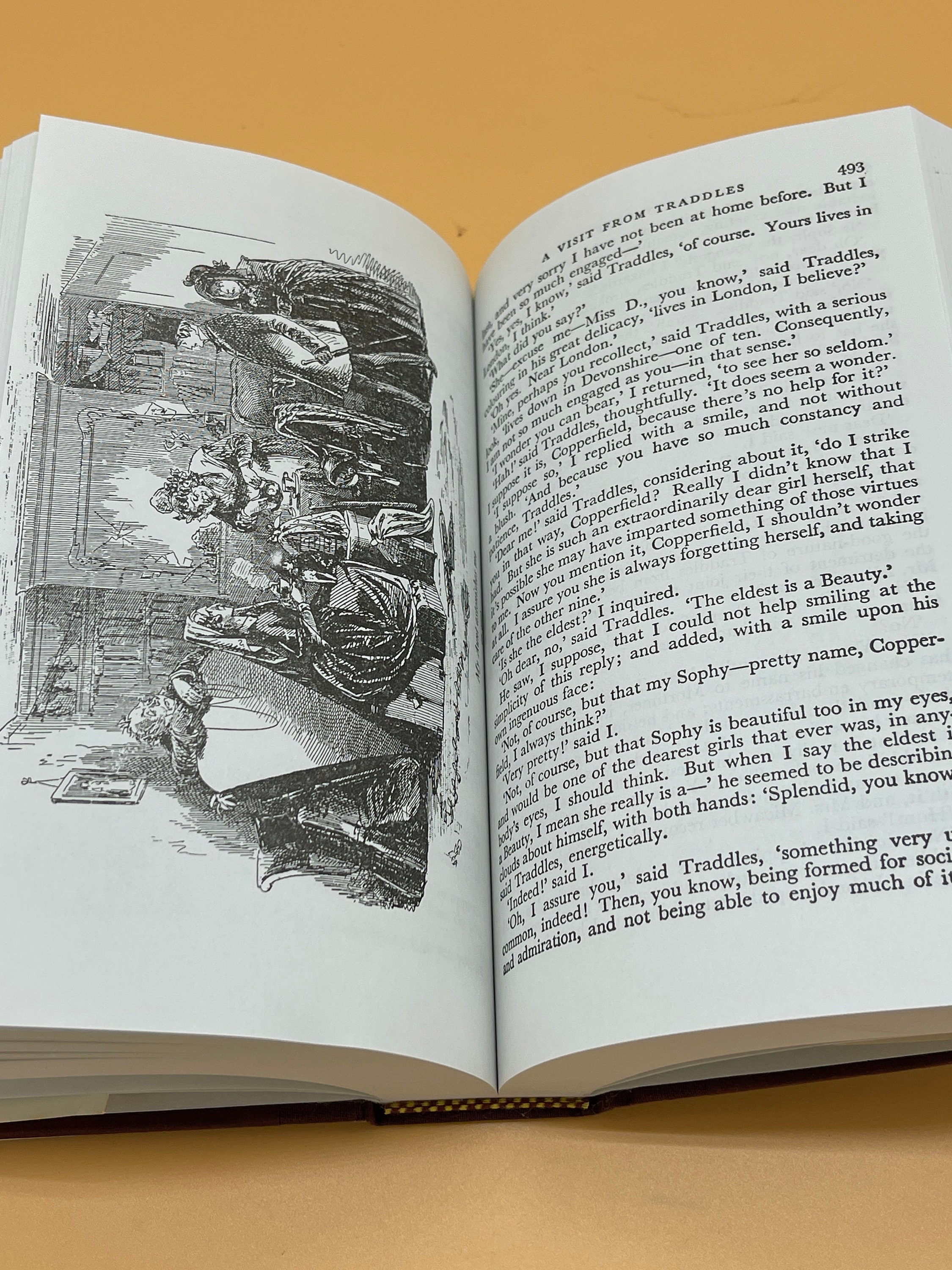 This is an as new hardcover with dust jacket. 1989 Oxford University Press. This copy is crisp and clean inside and out. Pages are white and bright, crisp and clean, and free of markings. Binding tight and straight. Maroon cloth hardcover boards under jacket are like new.

This is one of the set of The Oxford Illustrated Dickens. Originally published in 1954 and reprinted in a new 21 volume set in 1989. This collectible series is the most comprehensive illustrated Dickens available. Each volume contains originally illustrations, many of which appeared the works first editions. The text is derived from the Charles Dickens Edition, revised by the author in the 1860's.

Dickens once stated that of all his books, he liked this one the best. Based partly on Dickens own childhood, David Copperfield is most famous for two of its principal characters: the villainous and cunning Uriah Heep and Mr Micawber, young David's penniless but amiable friend, who Dickens based on his own father. Intro in this edition is by R.H. Malden.