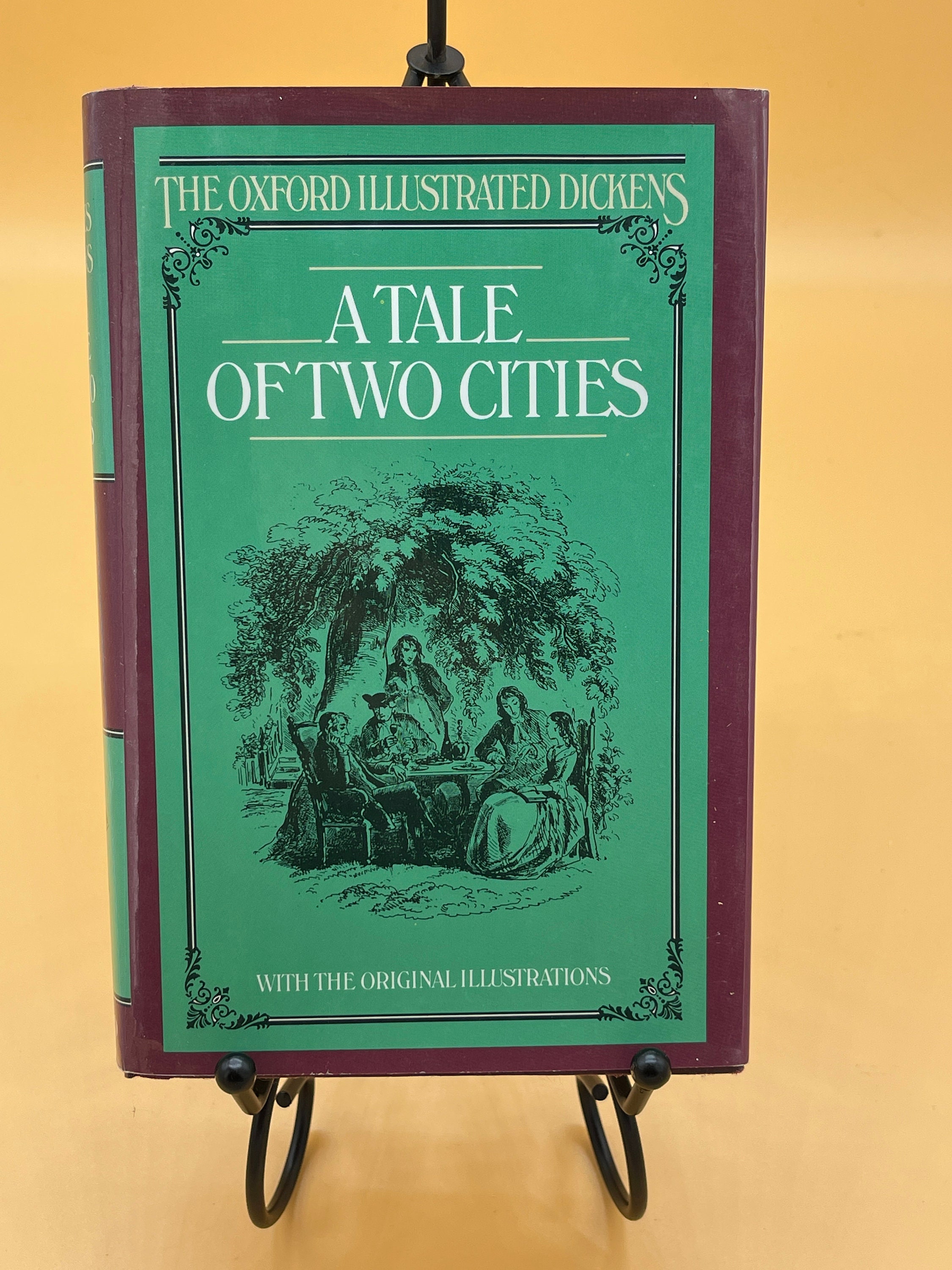 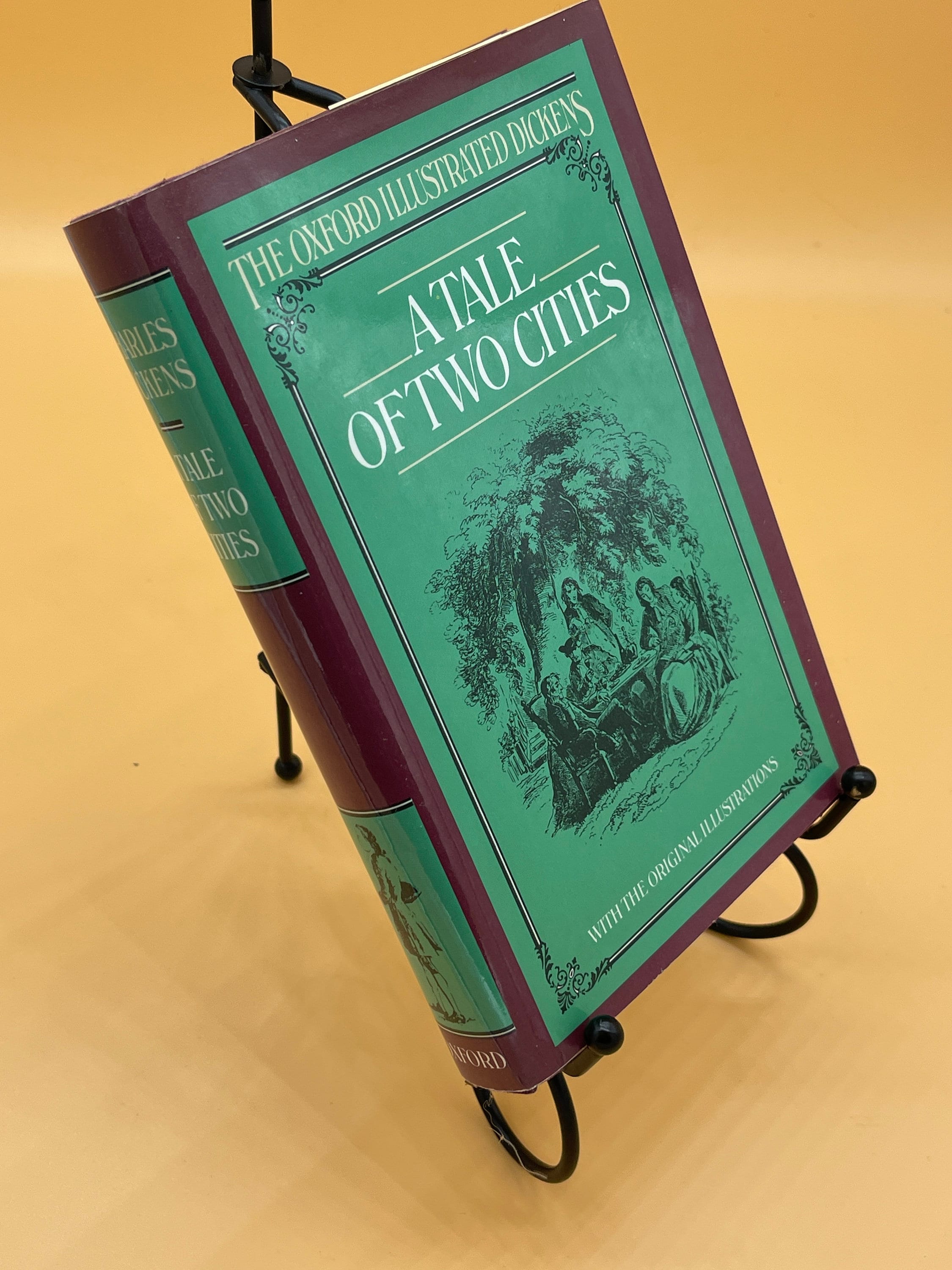 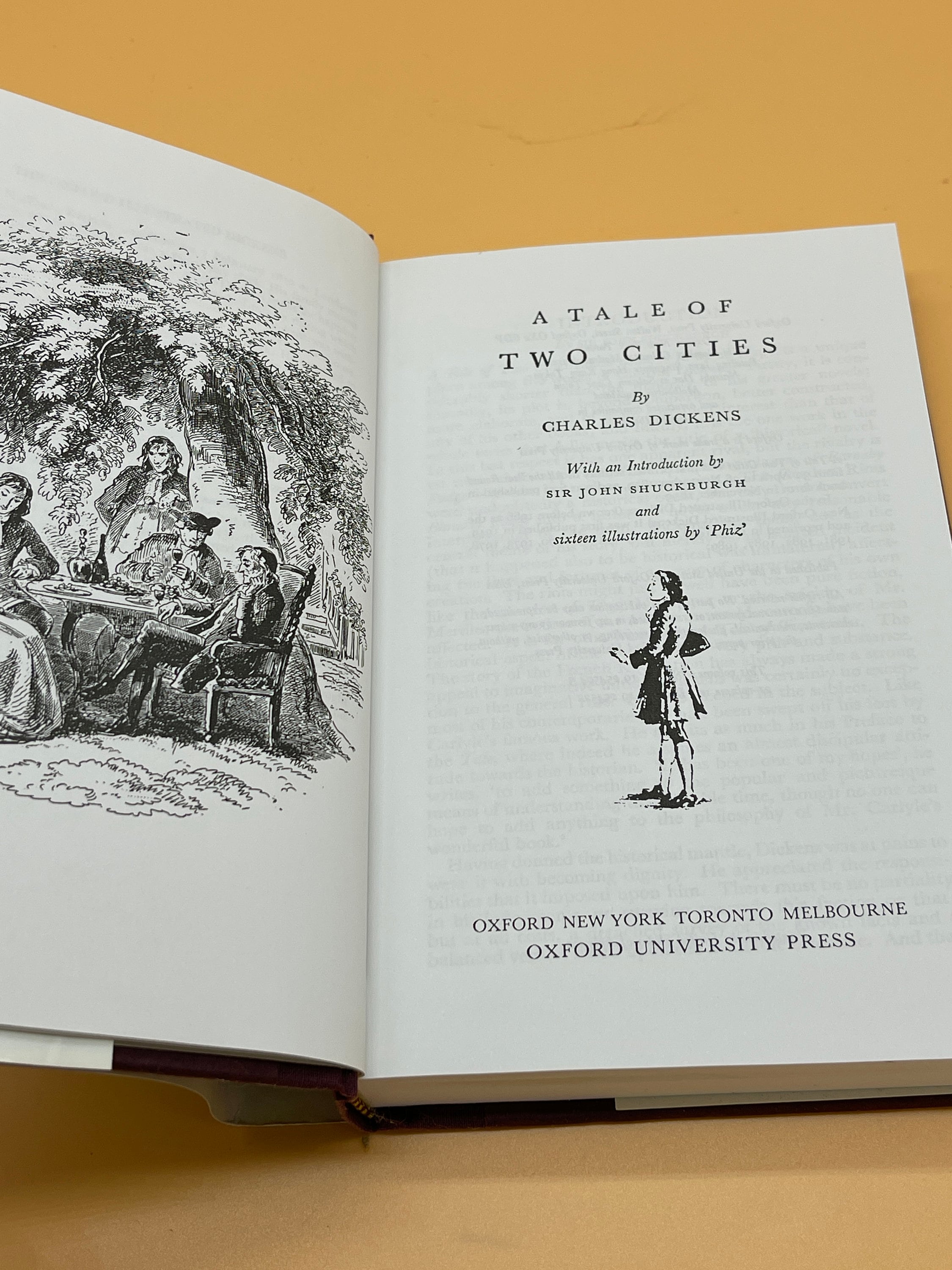 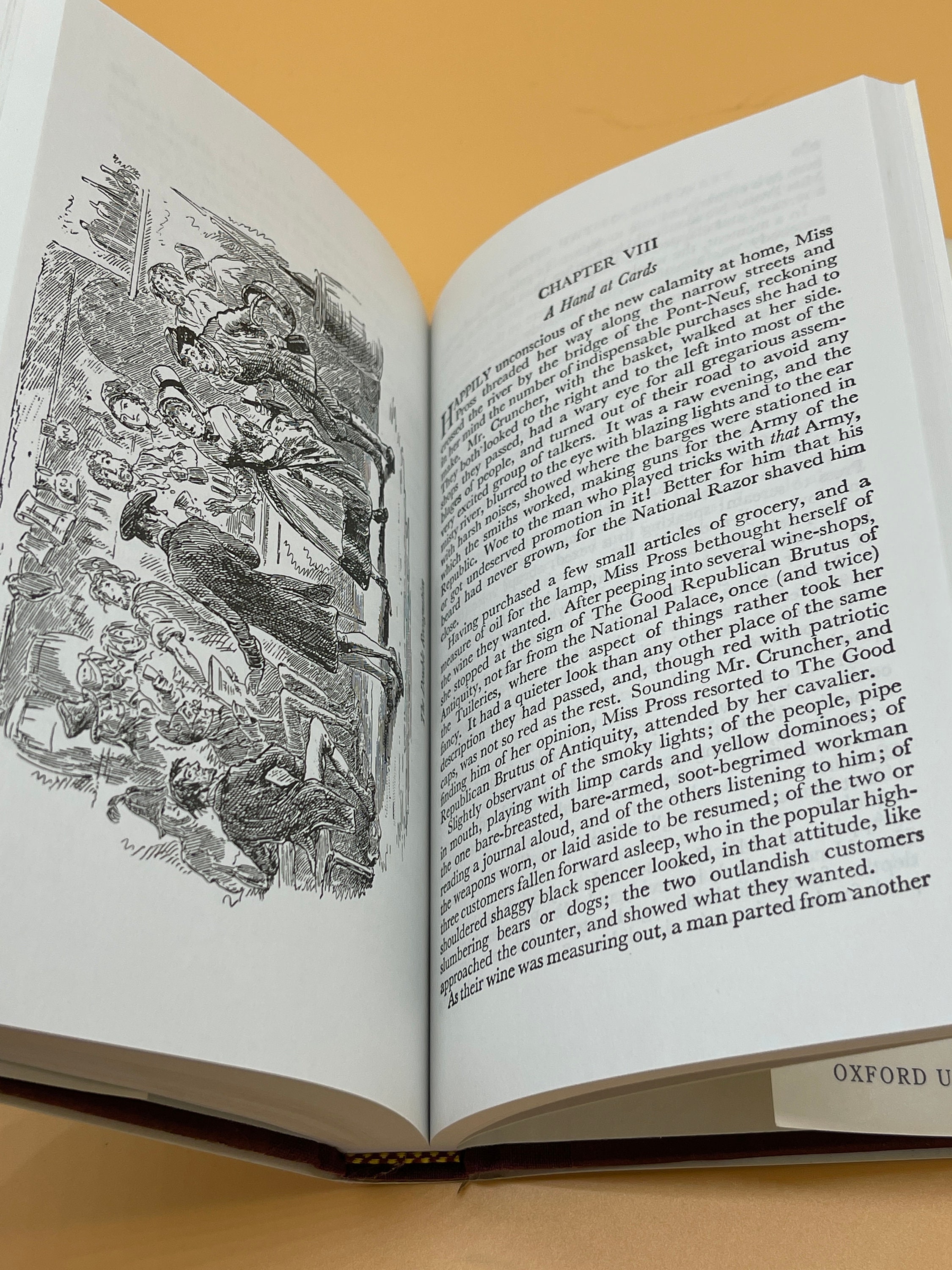 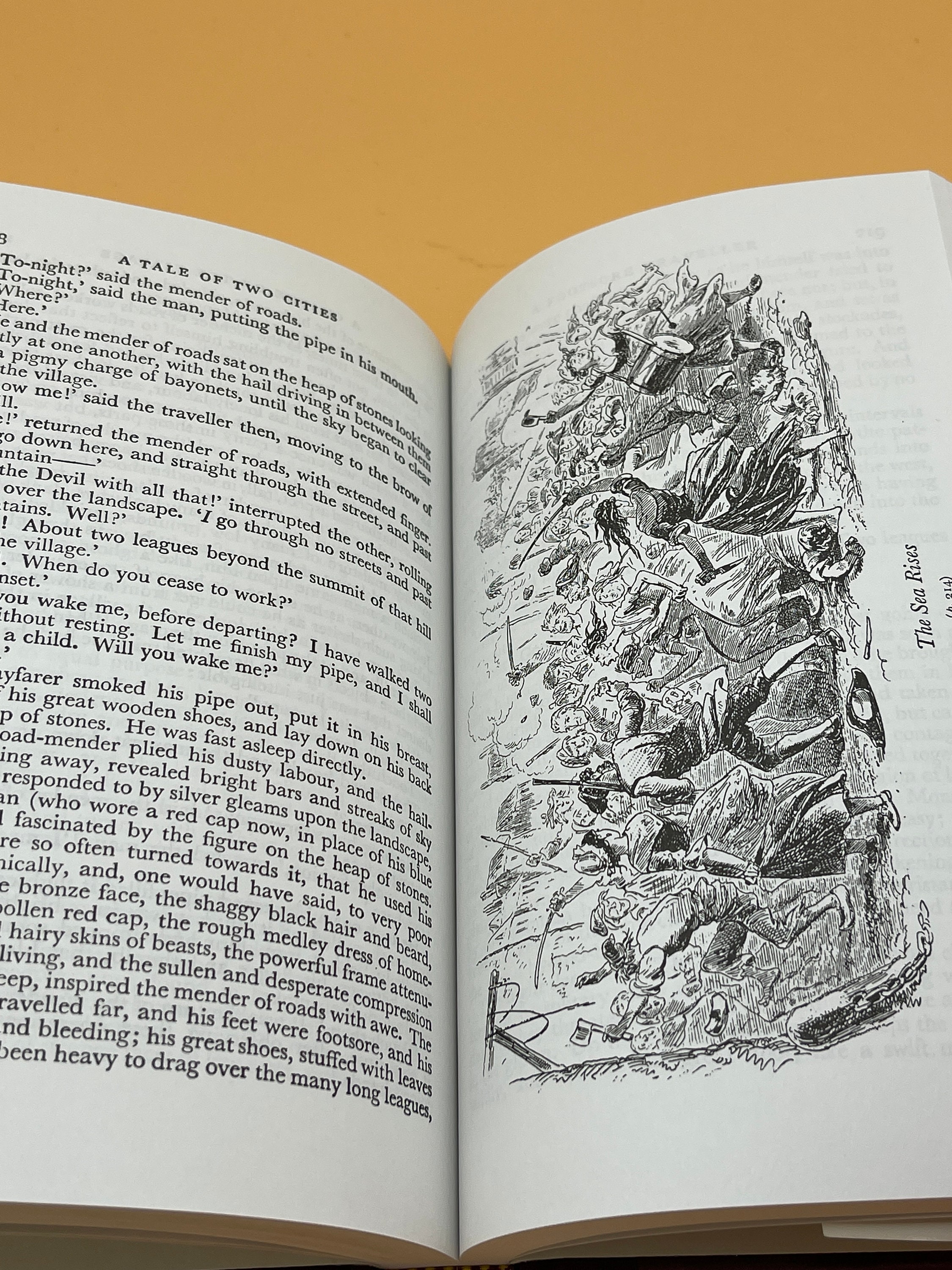 This is an as new hardcover with dust jacket. 1989 Oxford University Press. This copy is crisp and clean inside and out. Pages are crisp, clean and free of markings. Binding tight and straight. Maroon cloth hardcover boards under jacket are like new.

This is one of The Oxford Illustrated Dickens, a set of work originally published in 1954 and reprinted in a 21 volume set in 1989. The collectible series is the most comprehensive illustrated Dickens available. Each volume contains many of the original illustrations, some of which appeared in the first editions of the works. The text is derived from the Charles Dickens Edition, revised by the author in the 1860's.

A Tale of Two Cities is Dickens only truly historical novel, set during the French Revolution. In the story of Charles Darnay's return to Paris from London to rescue his faithful French servant from the guillotine, and its tragic consequences, there is love, hope, and nobility. It is among the most profoundly moving in all of literature.

Thank you so much for sending this so quickly. I bought it for a student who loved A Tale of Two Cities. It came in time for graduation!