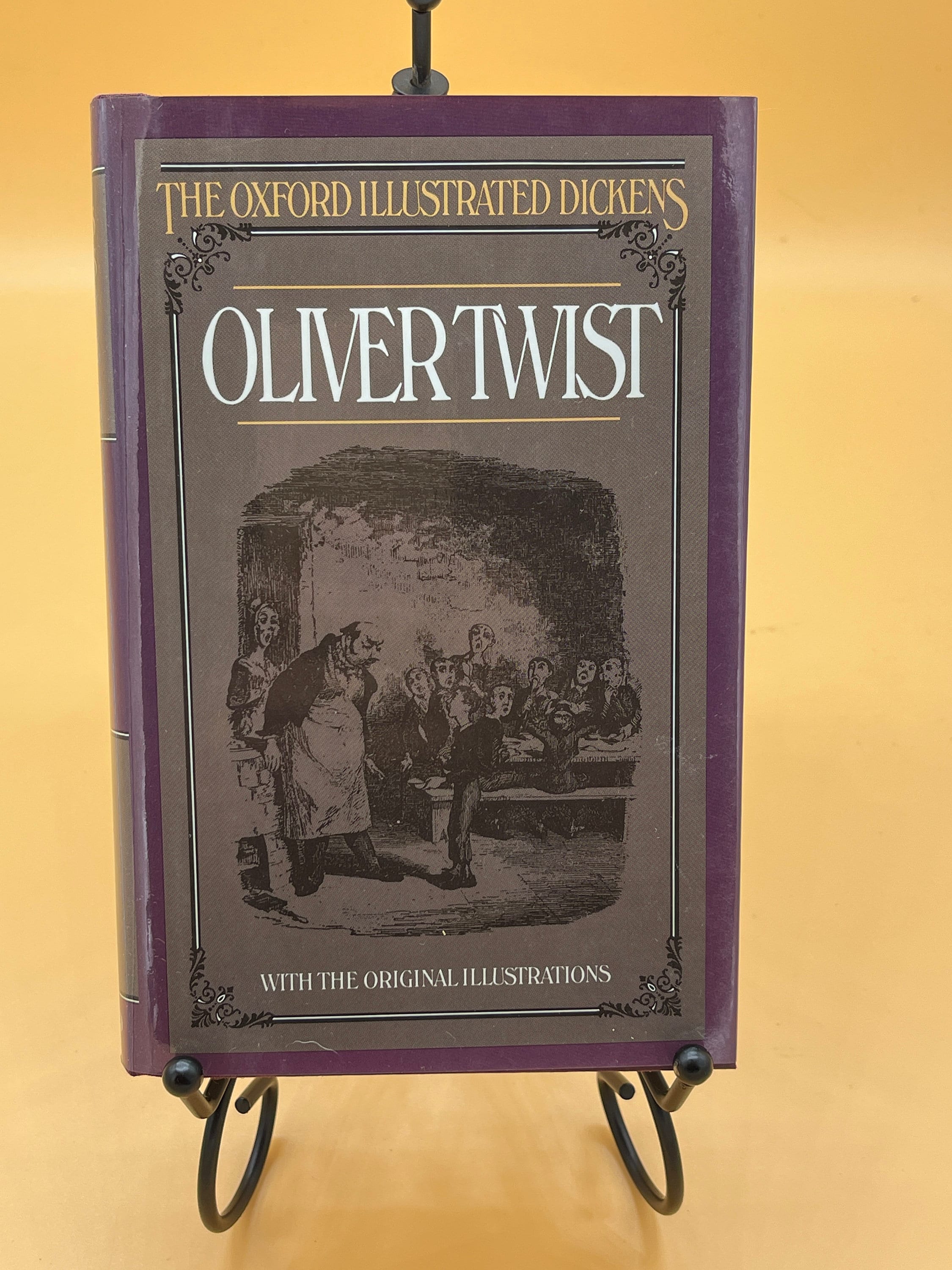 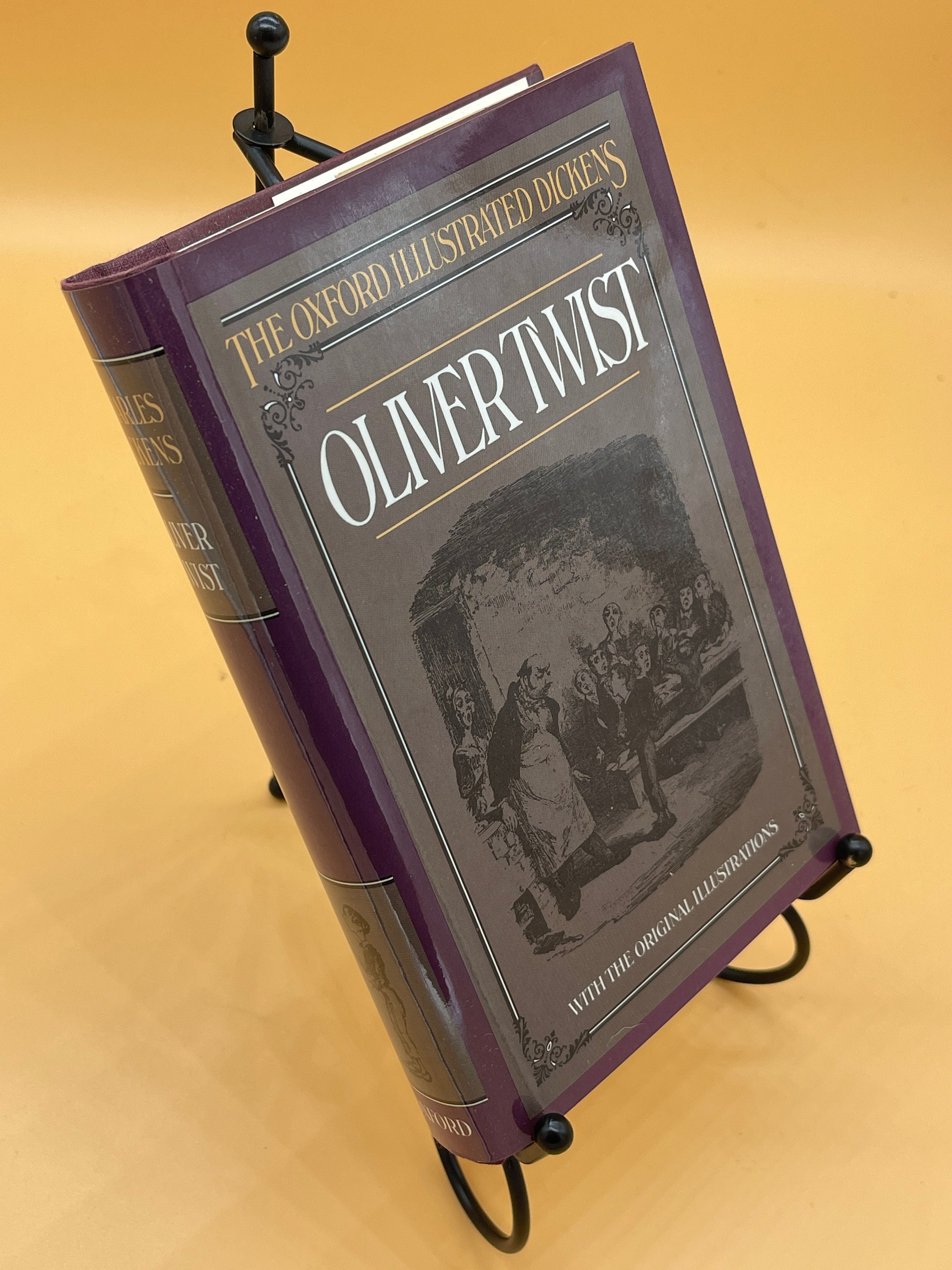 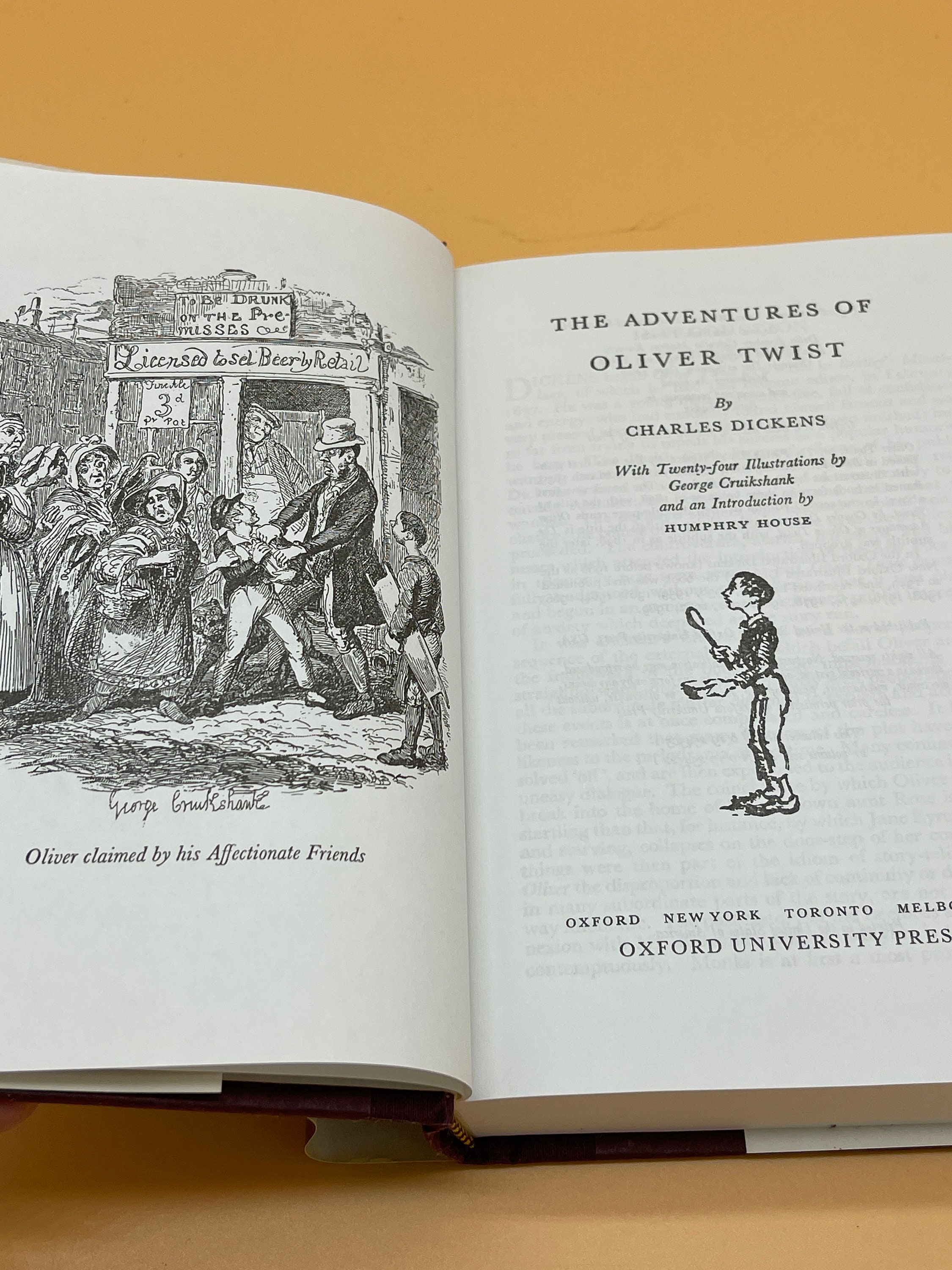 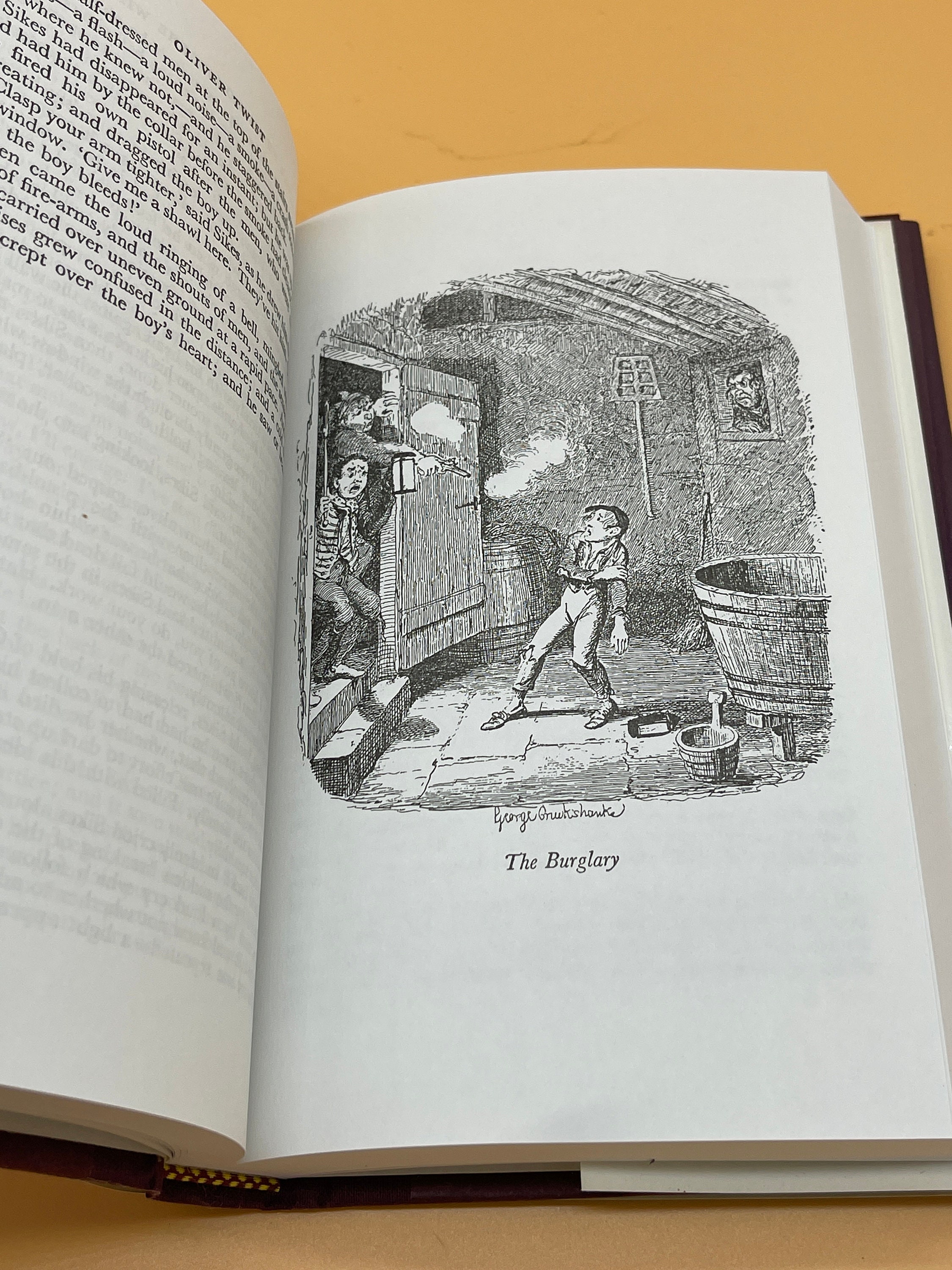 This is an as new hardcover with dust jacket. 1989 Oxford University Press. This copy is crisp and clean inside and out. Pages are crisp, clean and free of markings. Binding tight and straight. Maroon cloth hardcover boards under jacket are like new.

This is one of the collectible series, The Oxford Illustrated Dickens, originally published in 1954 and reprinted in a 21 volume set in 1989. Each volume includes early illustrations many of which appeared in the first editions of the work. The text is derived form the Charles Dickens Edition, revised by the author in the 1860's.

Oliver Twist, whose famous characters include Fagin, the cruel burglar Bill Sikes, and the wily and impudent pickpocket, The Artful Dodger, was conceived as a criticism of the Poor Law of 1824. The novel painted a new and realistic picture of the London underworld. The story of Oliver's education at the hands of thieves and the eventual stroke of luck that changes his life is one of the most popular in English literature.