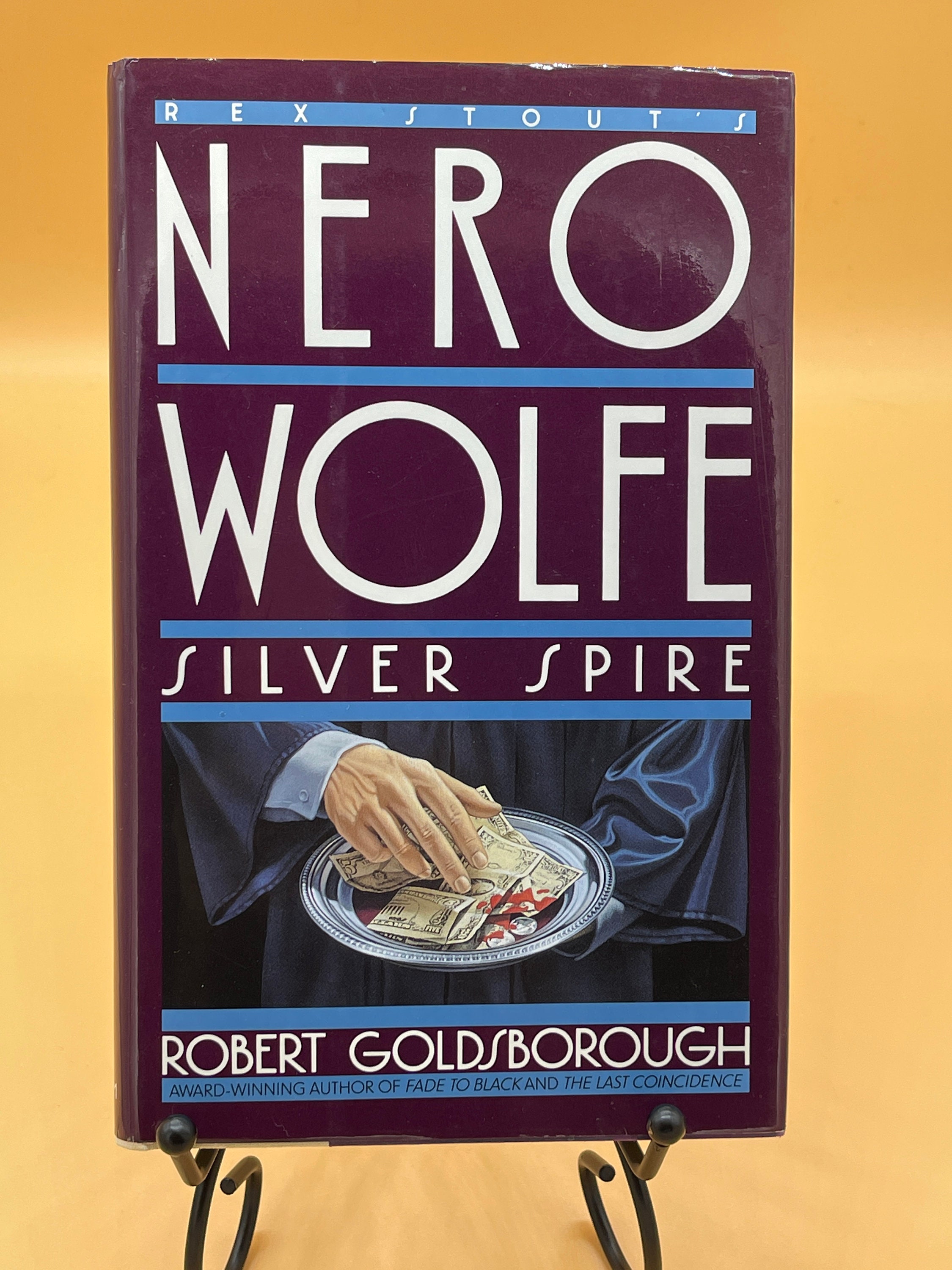 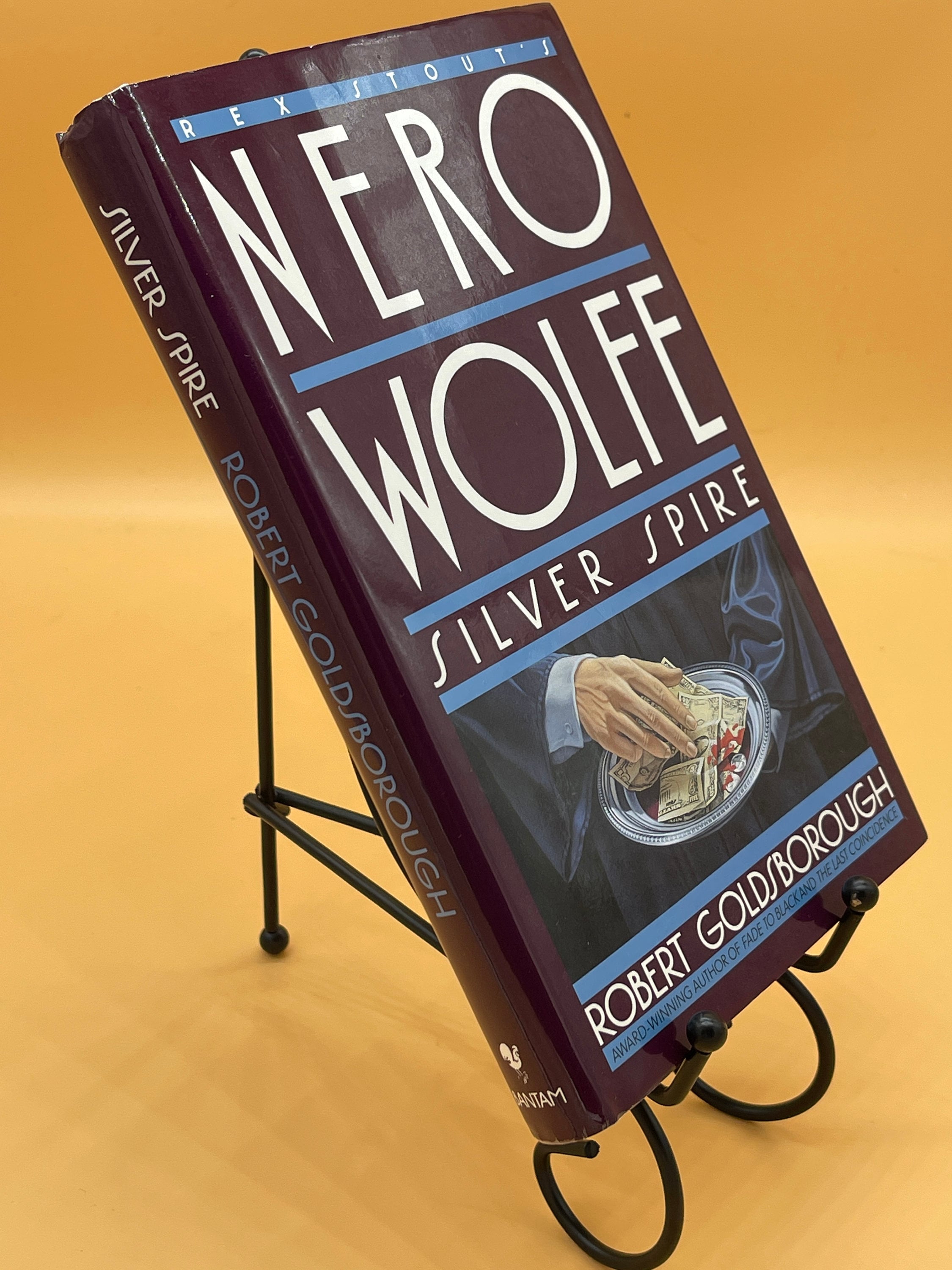 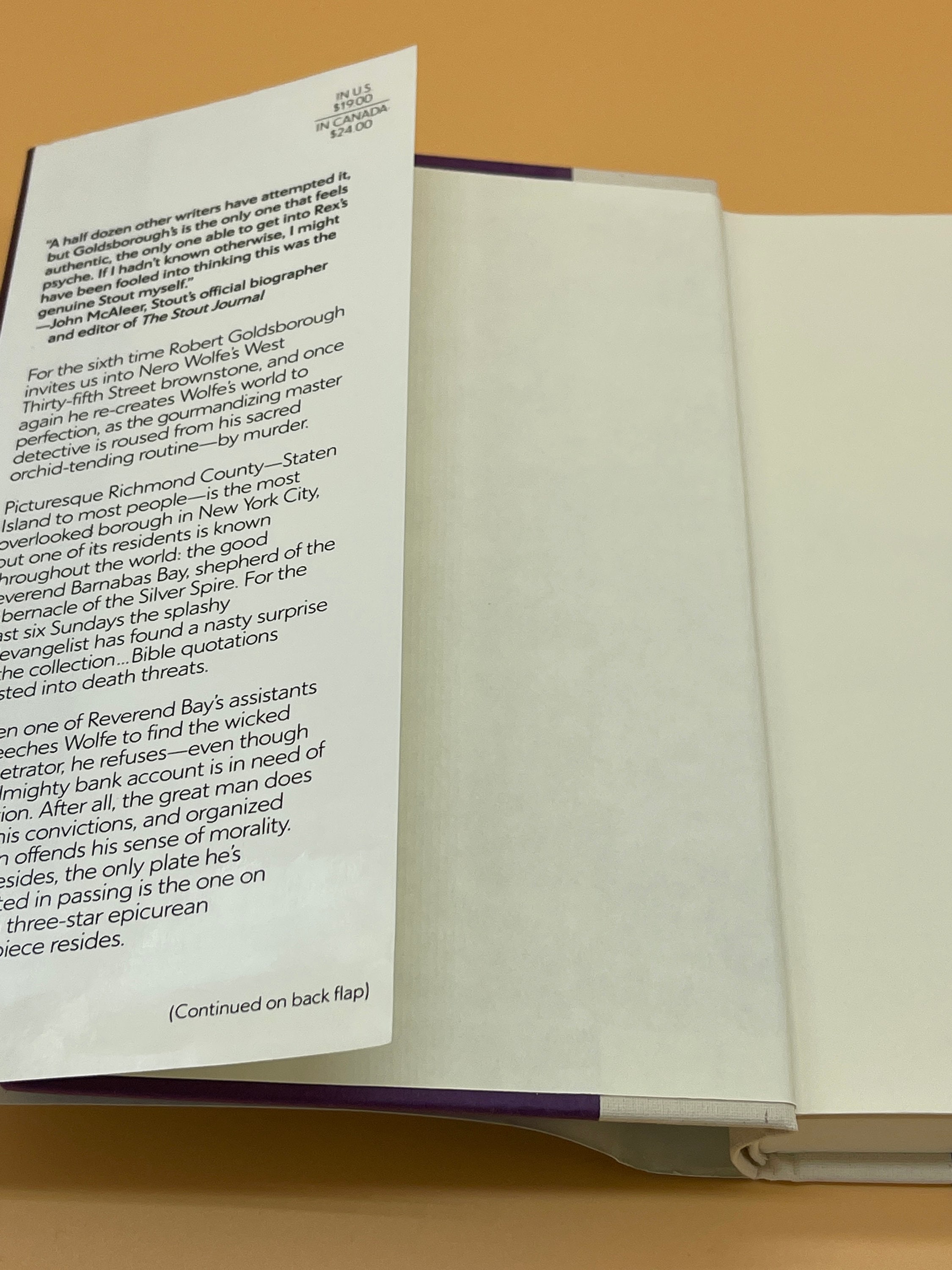 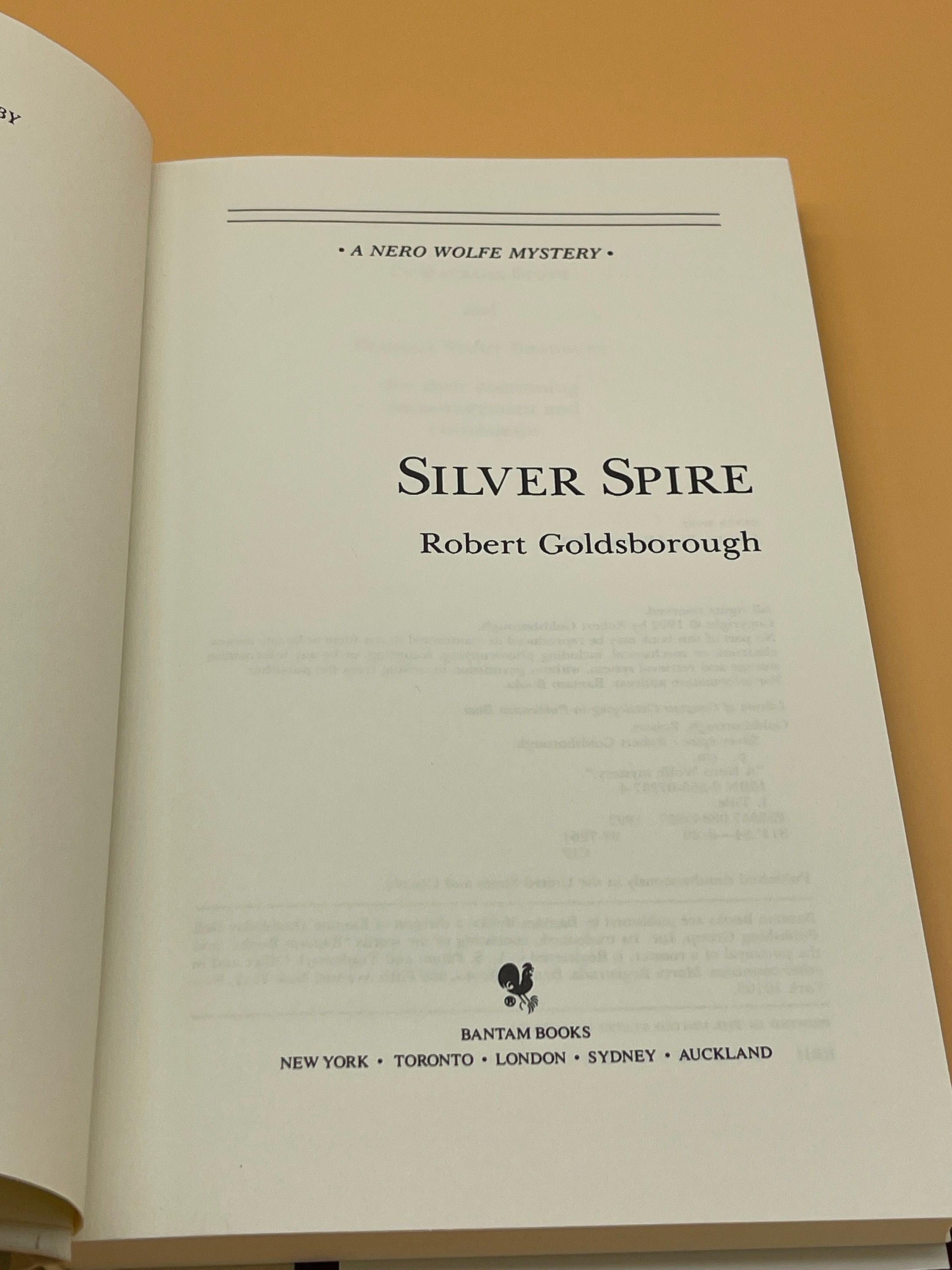 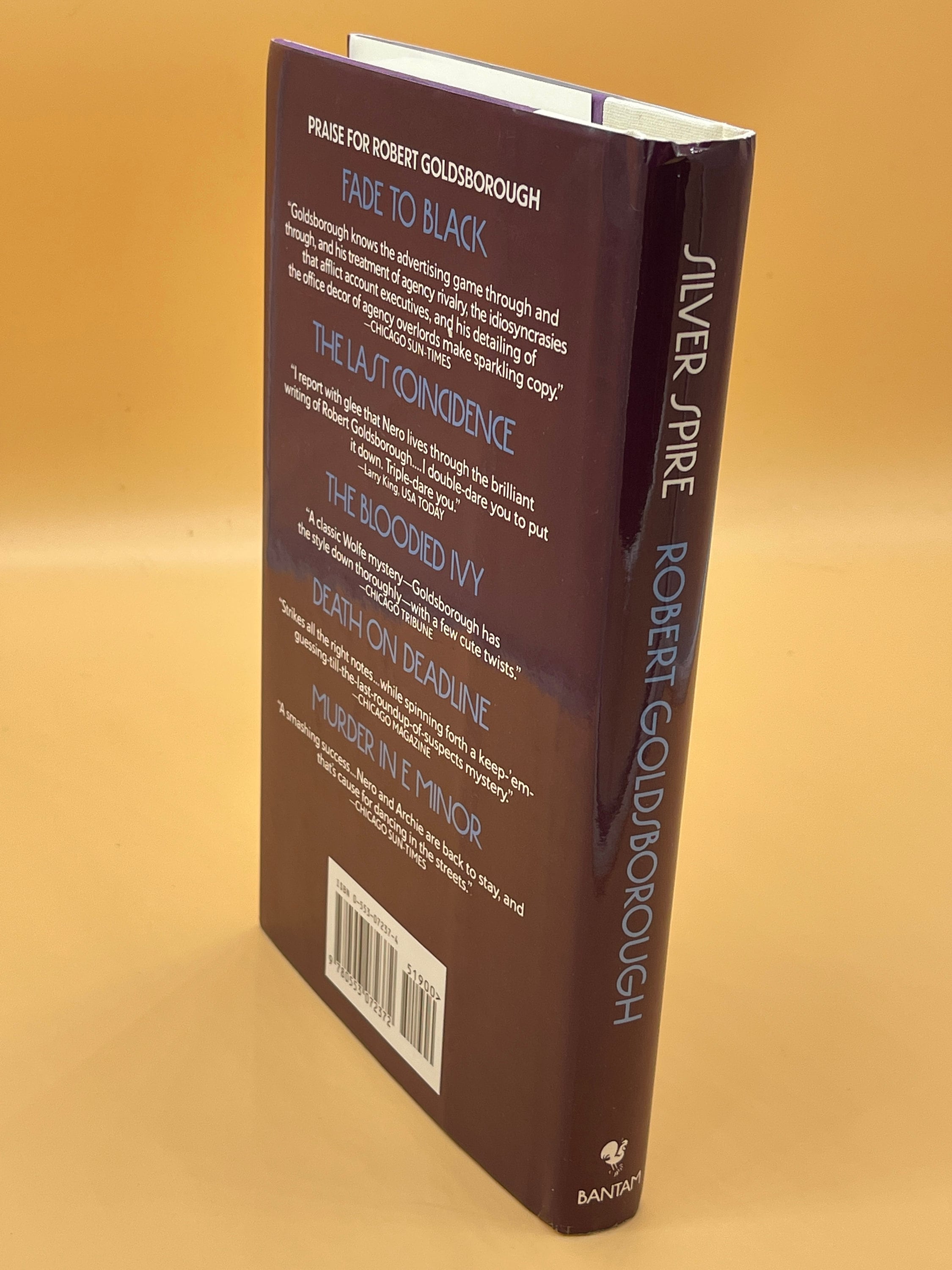 Robert Boldborough invites us back into Nero Wolfe's Wast 35th Street brownstone and recreates Nero Wolfe's world as Rex Stout would want. Many writers have been commissioned to carry on Rex Stout's work and world of Nero Wolfe, Robert Goldsborough has been one of the most authentic writers to carry on the work.

In this novel, Staten Island is the focus where the good reverend Barnabas Bay from Silver Spire Tabernacle has found a nasty surprise in the collection plate for several Sundays..... Bible quotes twisted into death threats. At first, Nero Wolfe refuses to get involved... organized religion offends his sense of morality. But, as fate would have it, Nero is drawn in and finds himself against a sinfully clever killer.

Thank you for visiting Bobbis Bookstore and the Book Wizard.