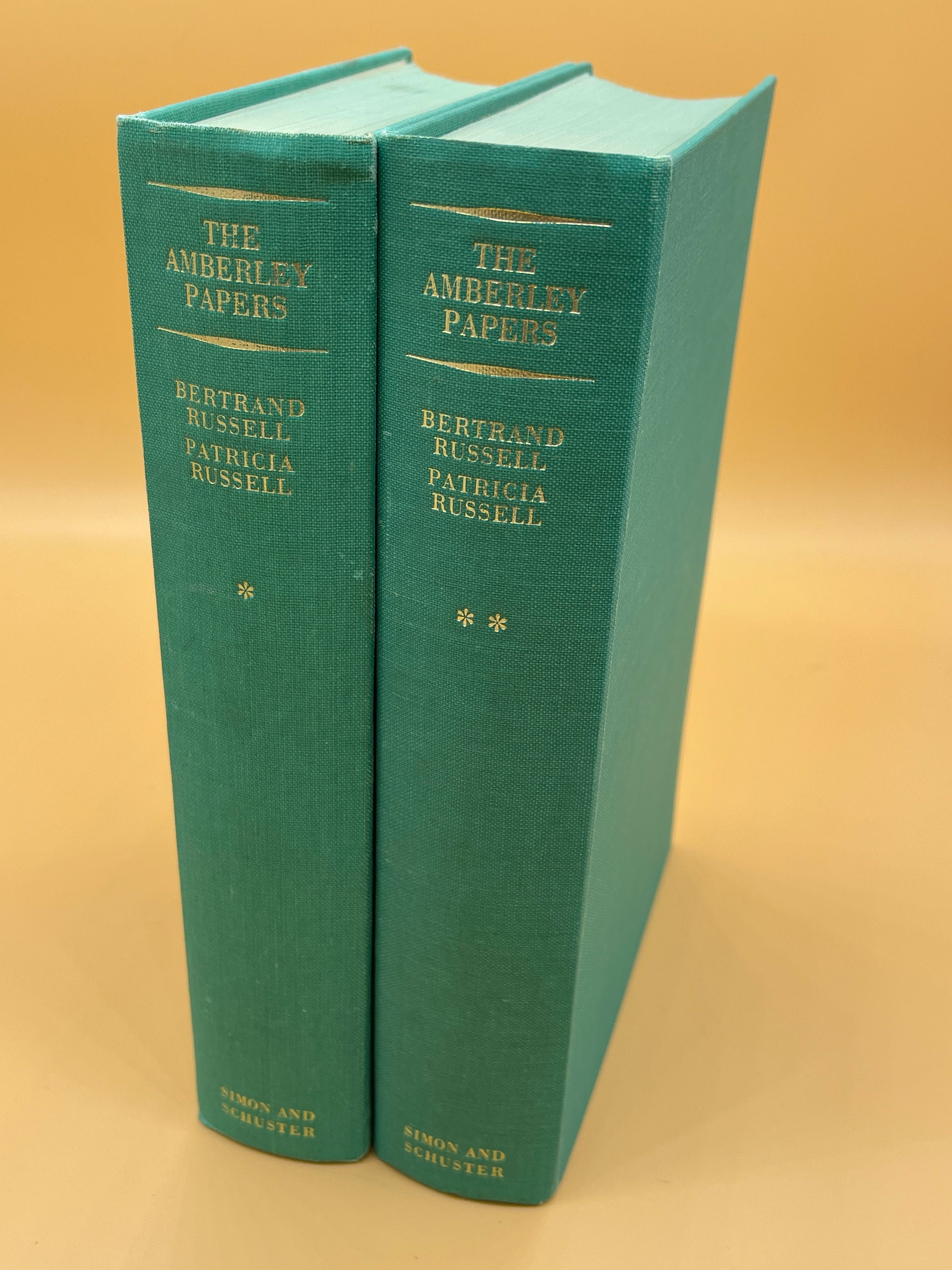 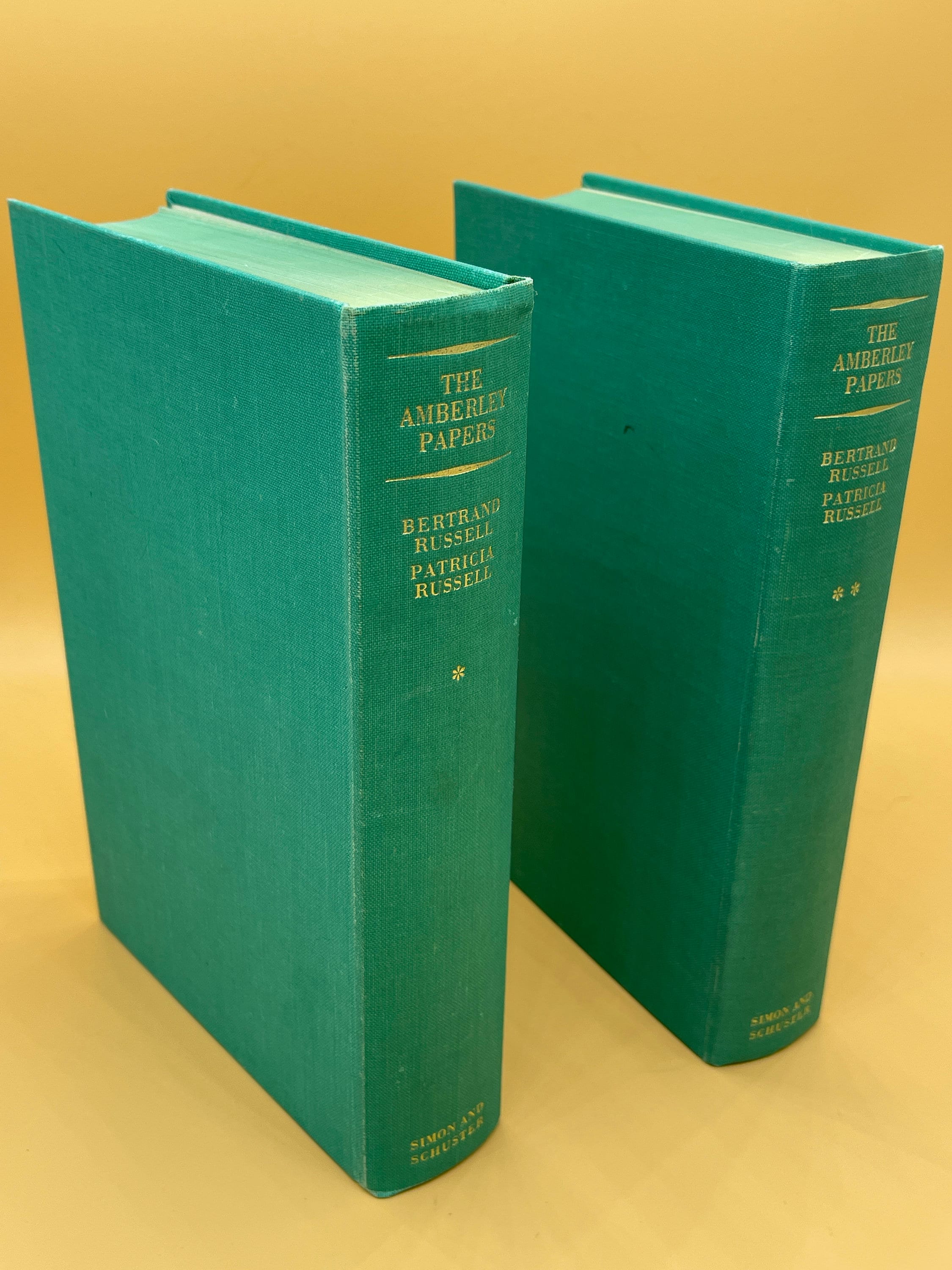 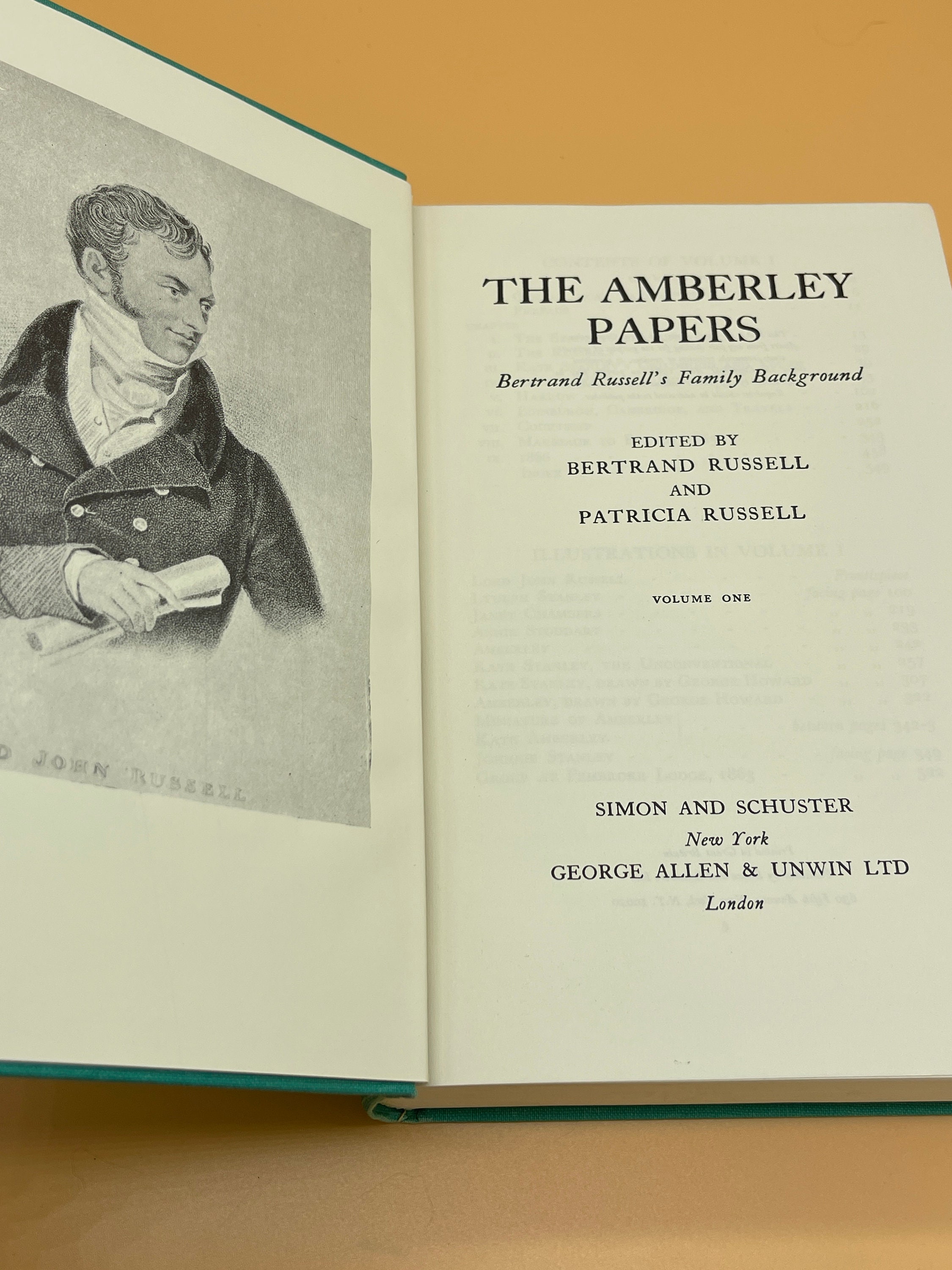 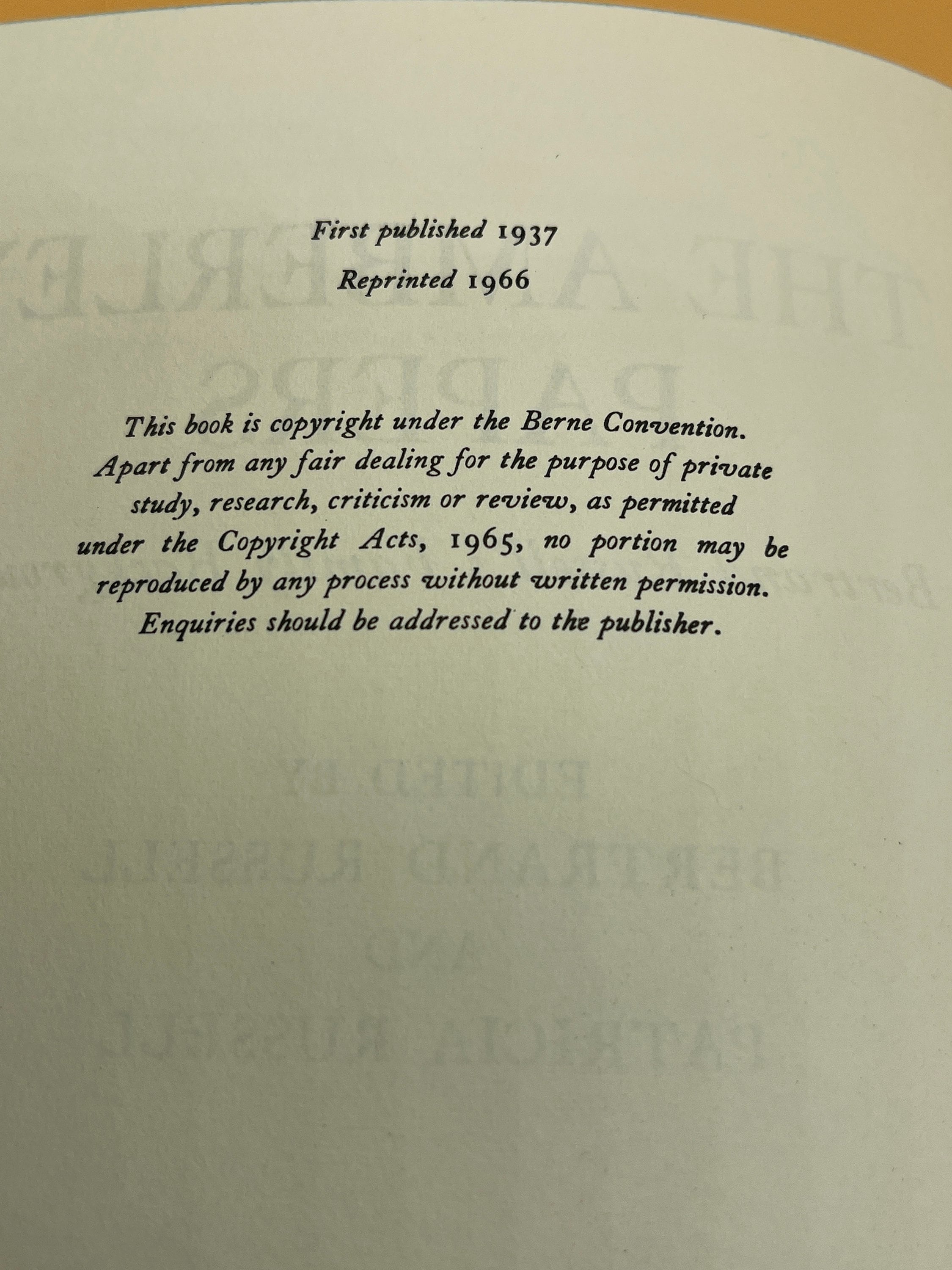 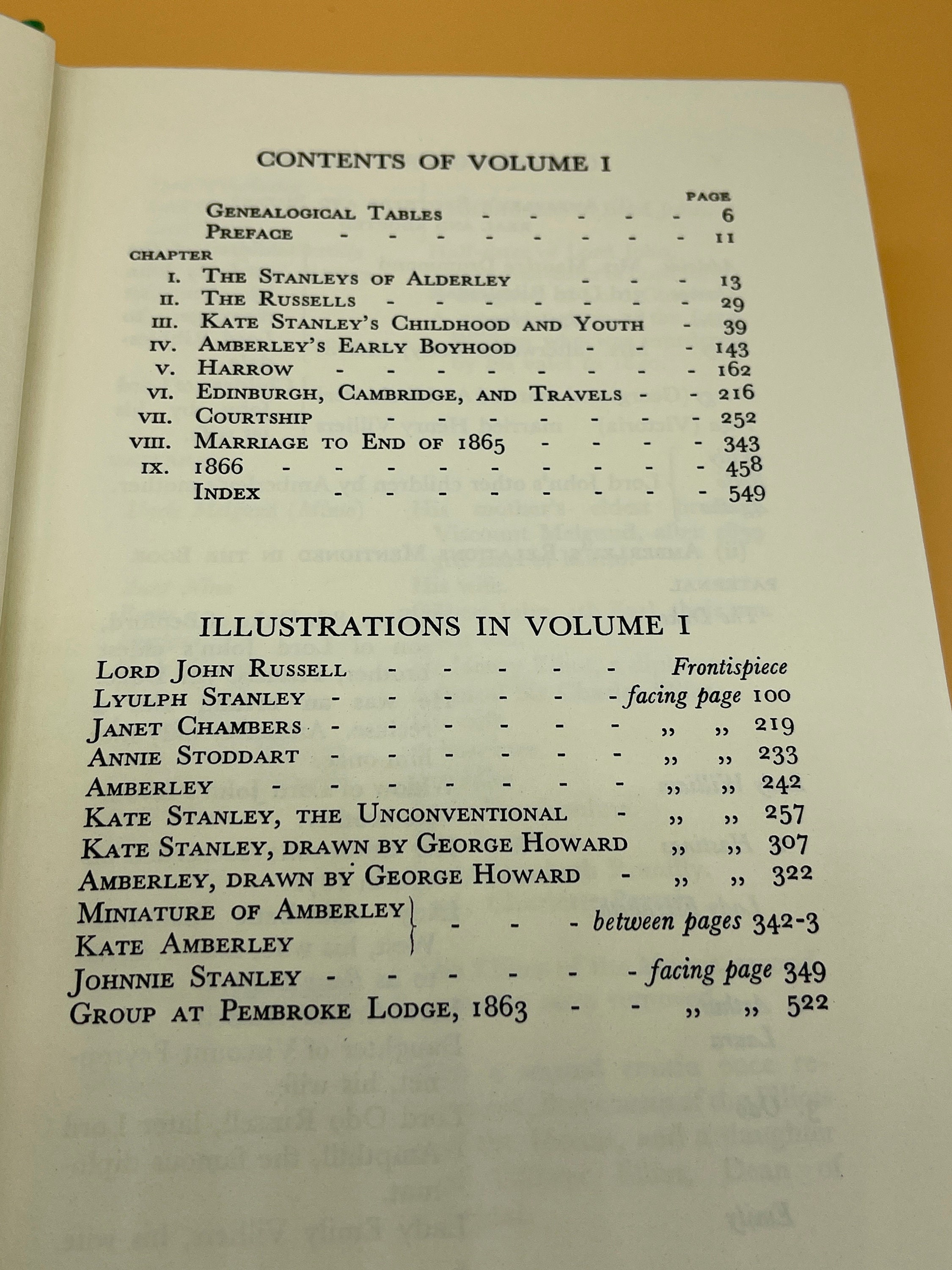 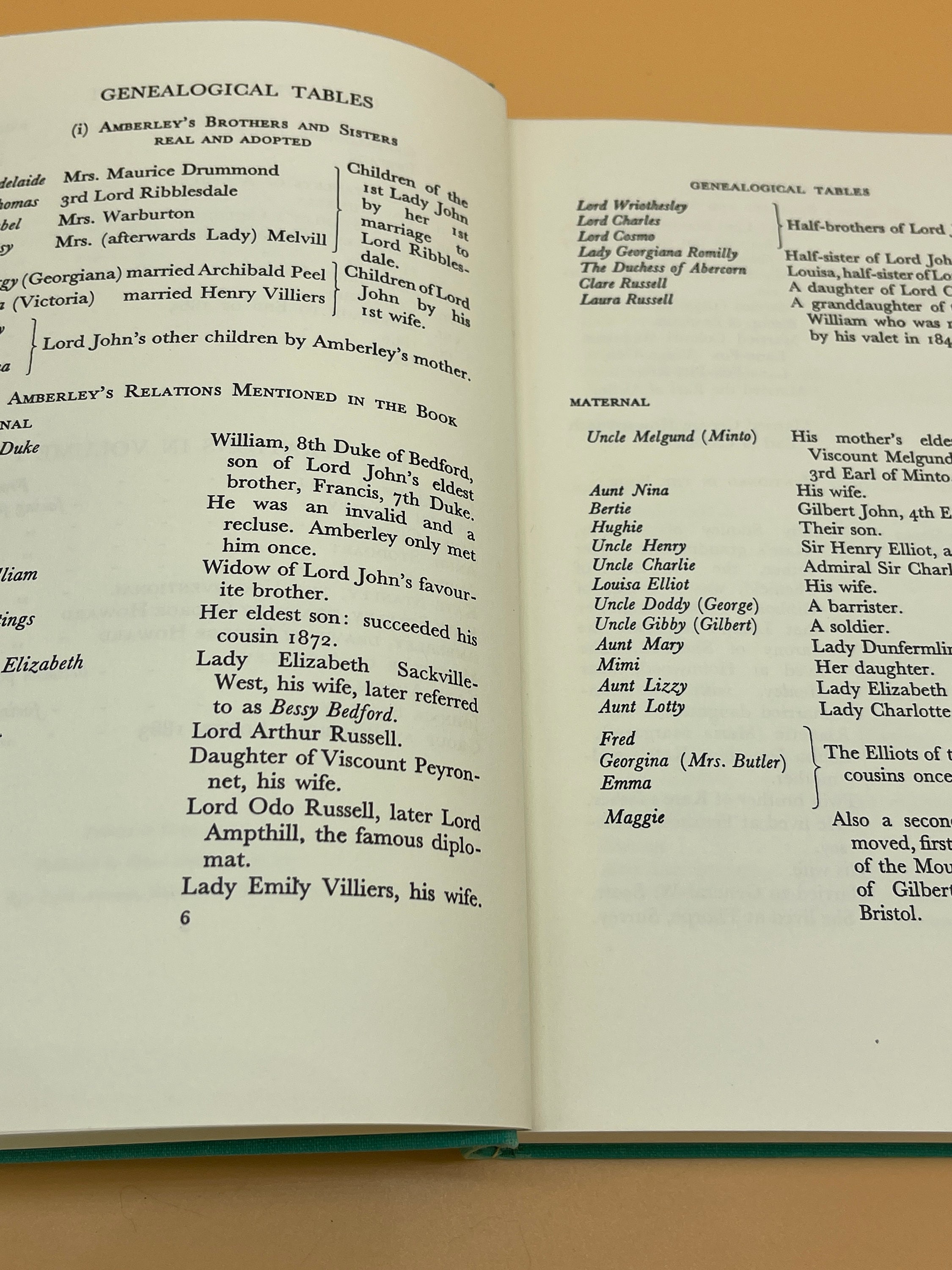 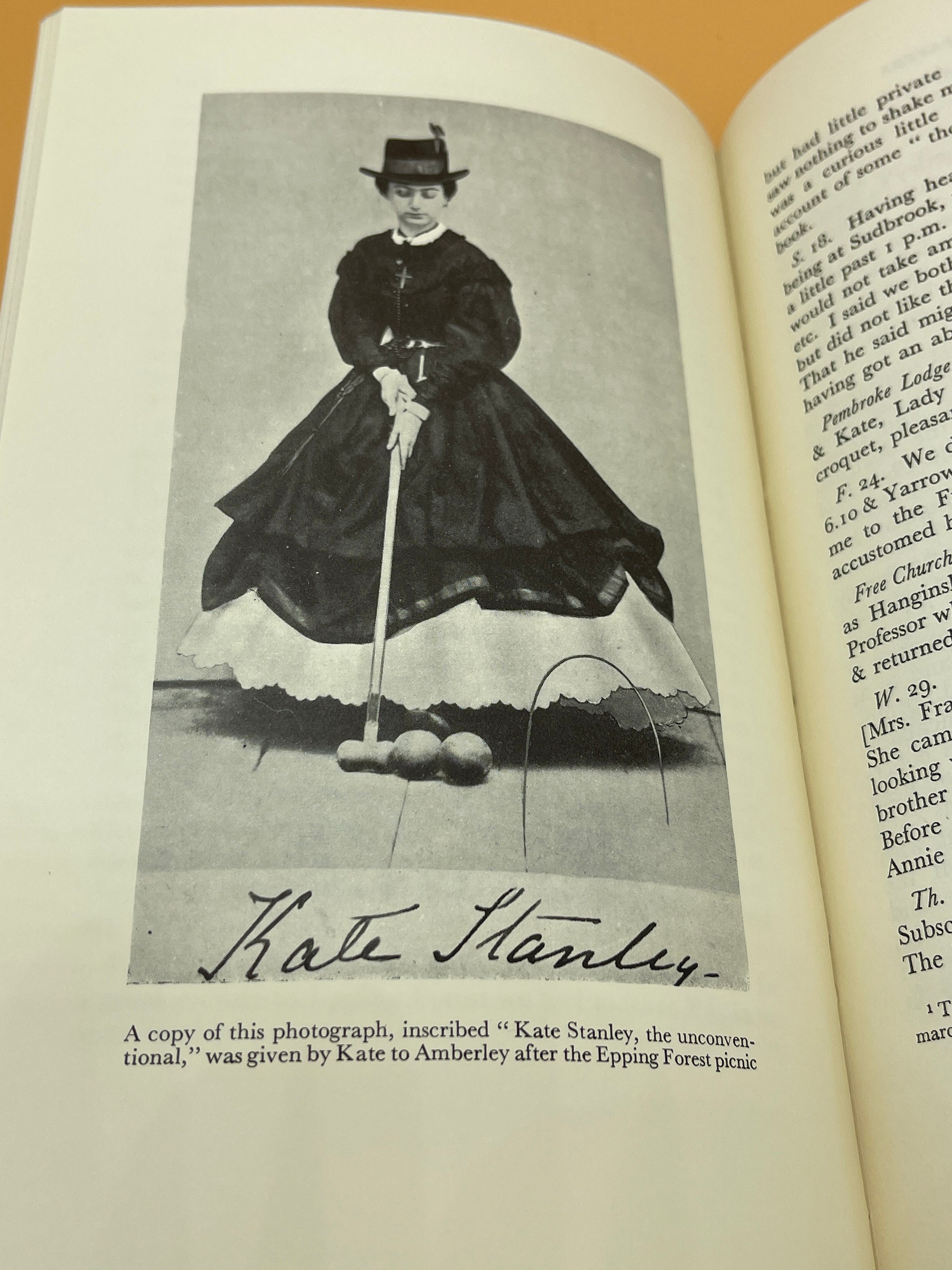 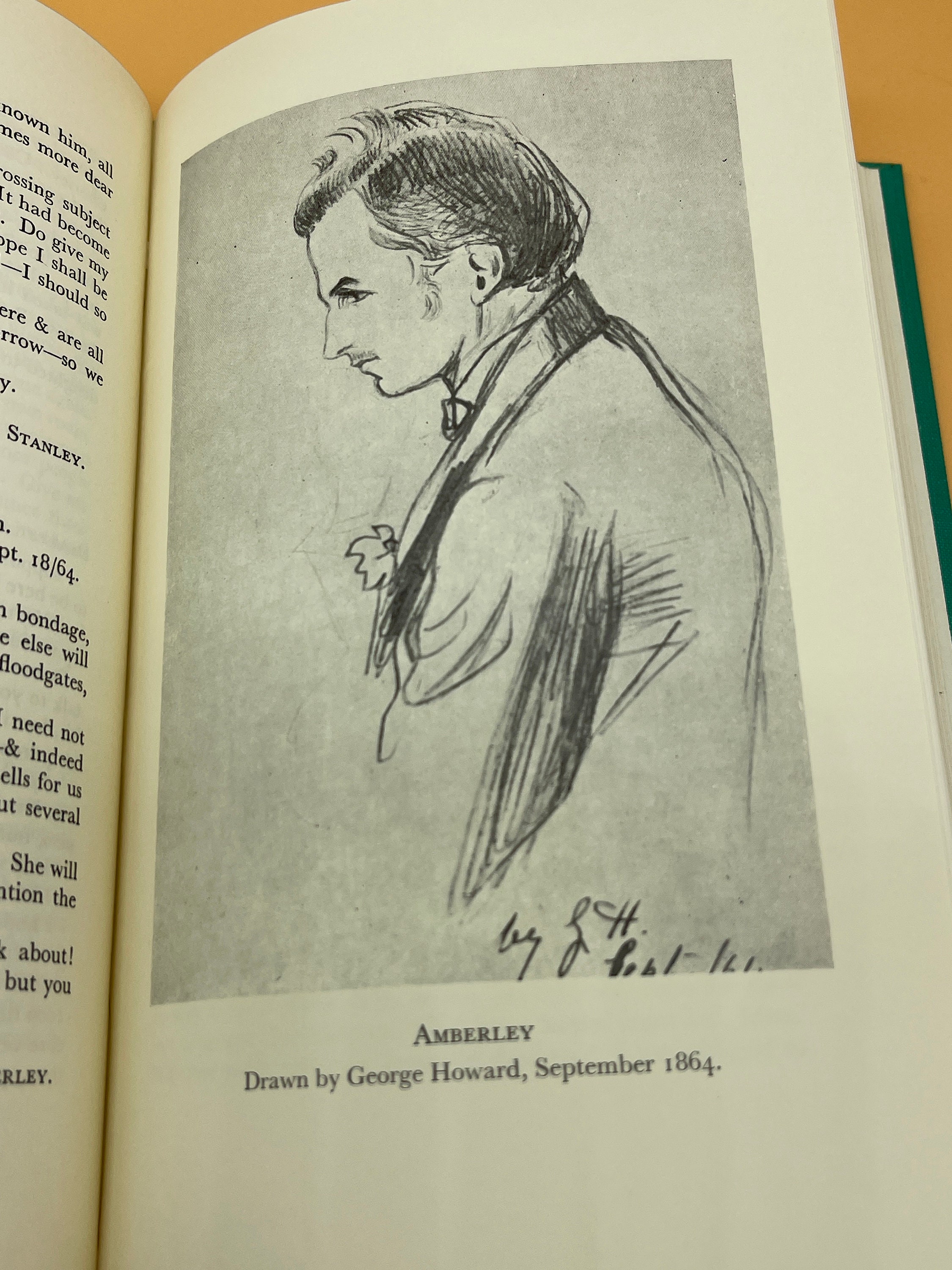 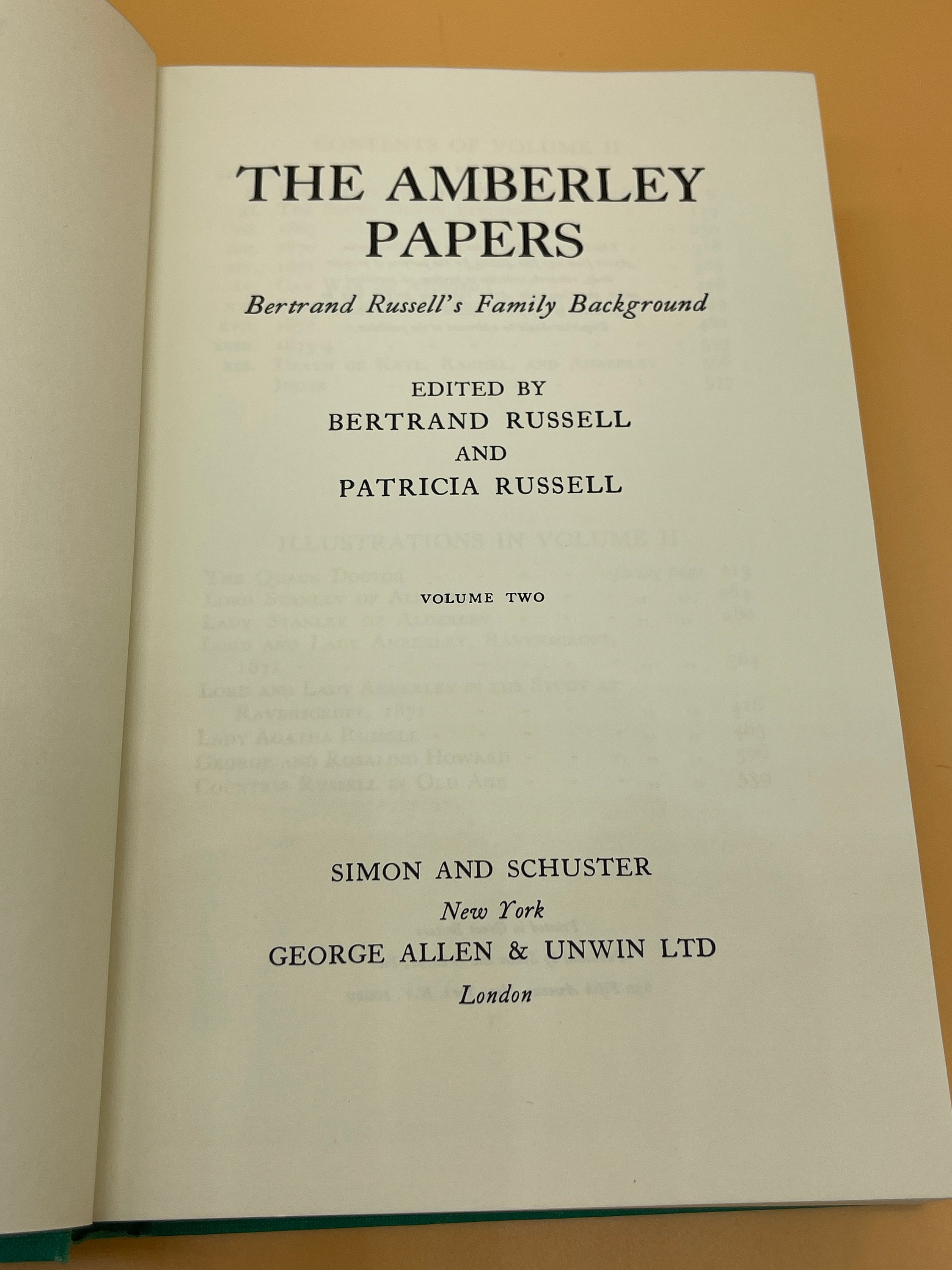 This is a fine set of two hardcover, NO slipcase as issued. 1966 Simon & Schuster Publishing. This set is fine, like new. Crisp and clean inside and out. Pages are crisp, clean and free of markings. Binding tight and straight. Green cloth hardcover boards are almost like new with only a hint of shelf wear at bottom corners from display.

Bertrand Russell was a British intellectual, social critic, political activist, and Nobel laureate. He was one os the 20th centuries most prominent logicians. He was a pacifist during World War I but later admitted the war against Hitler and Nazi Germany was a necessary "lesser of two evils". He considered himself a liberal, a socialist and pacifist, although he later wrote he had never been any of these things. In the '50's and '60's he did engage in political causes related to nuclear disarmament and opposition to the Vietnam War.
This two volume set is the letters and diaries of Lord and Lady Amberley, parents of Russell. John Russell, father of Bertrand, was known as Viscount Amberley due to his fathers elevation to Earl Russell, being UK Prime Minister twice. He too, like his son Bertrand, was a liberal concerned with women's suffrage and support for birth control. These volumes are a fascinating look into the world of Lord and Lady Amberley giving light to their son and his world views and incredible standing in the intellectual community.