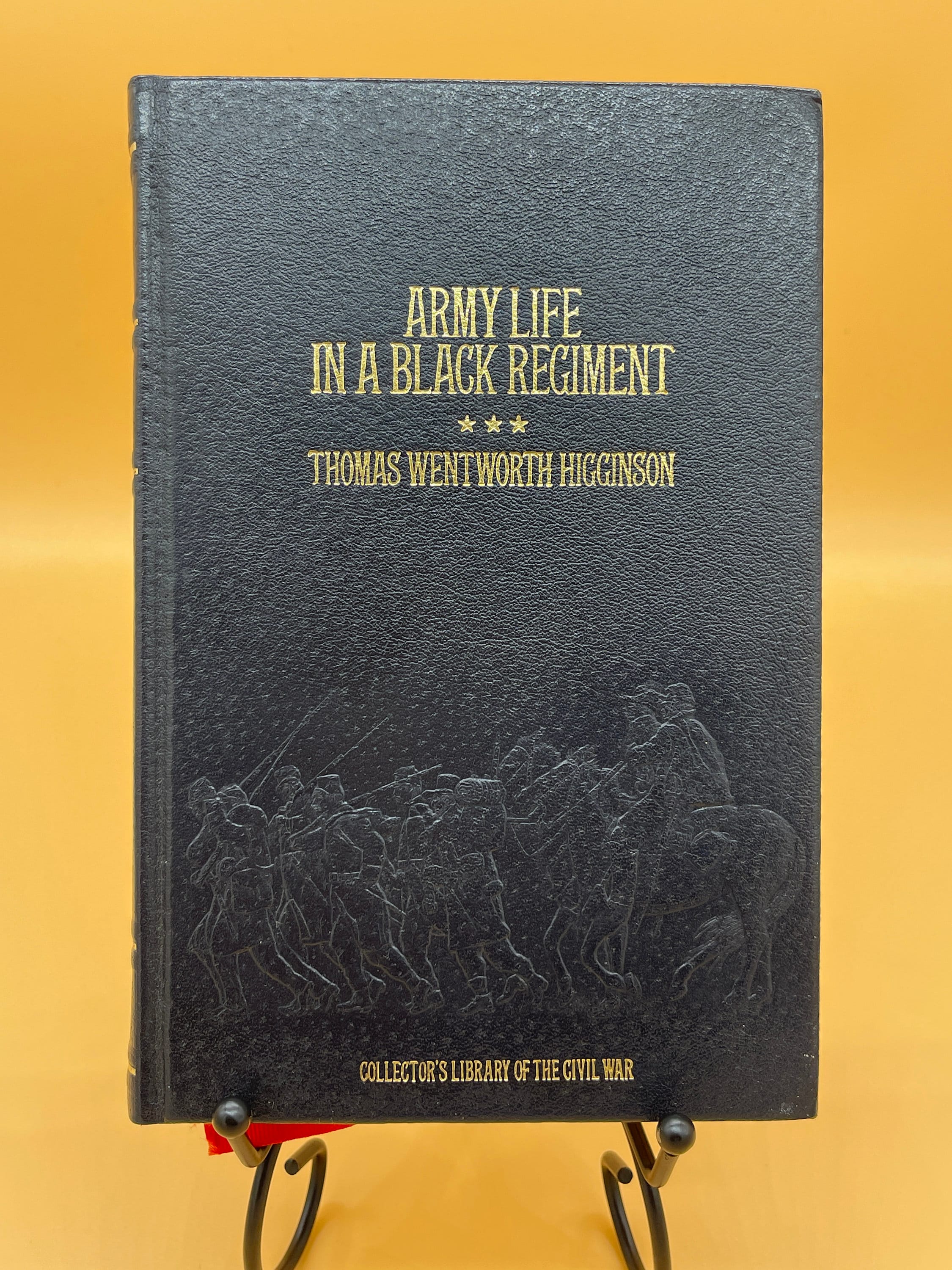 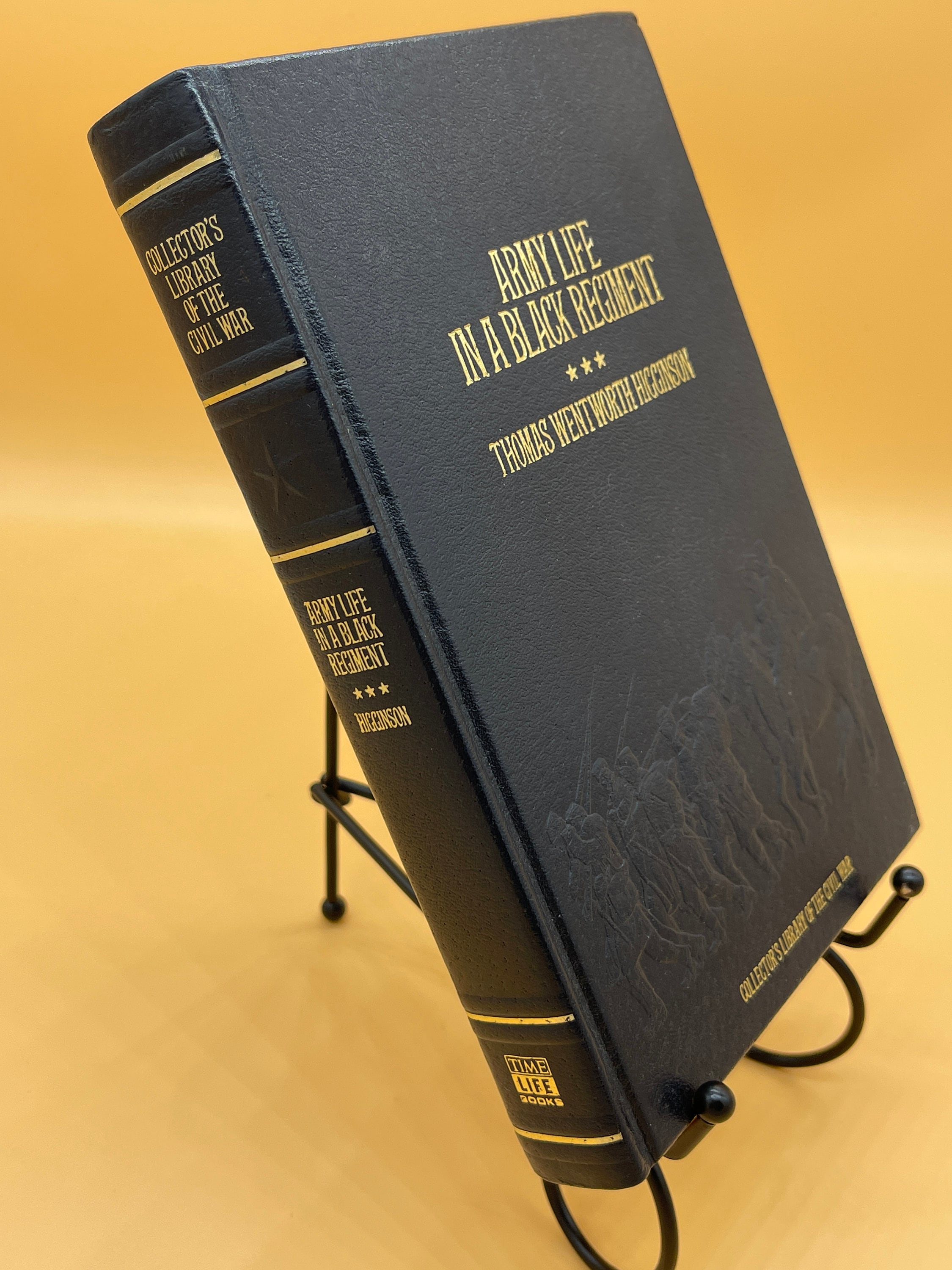 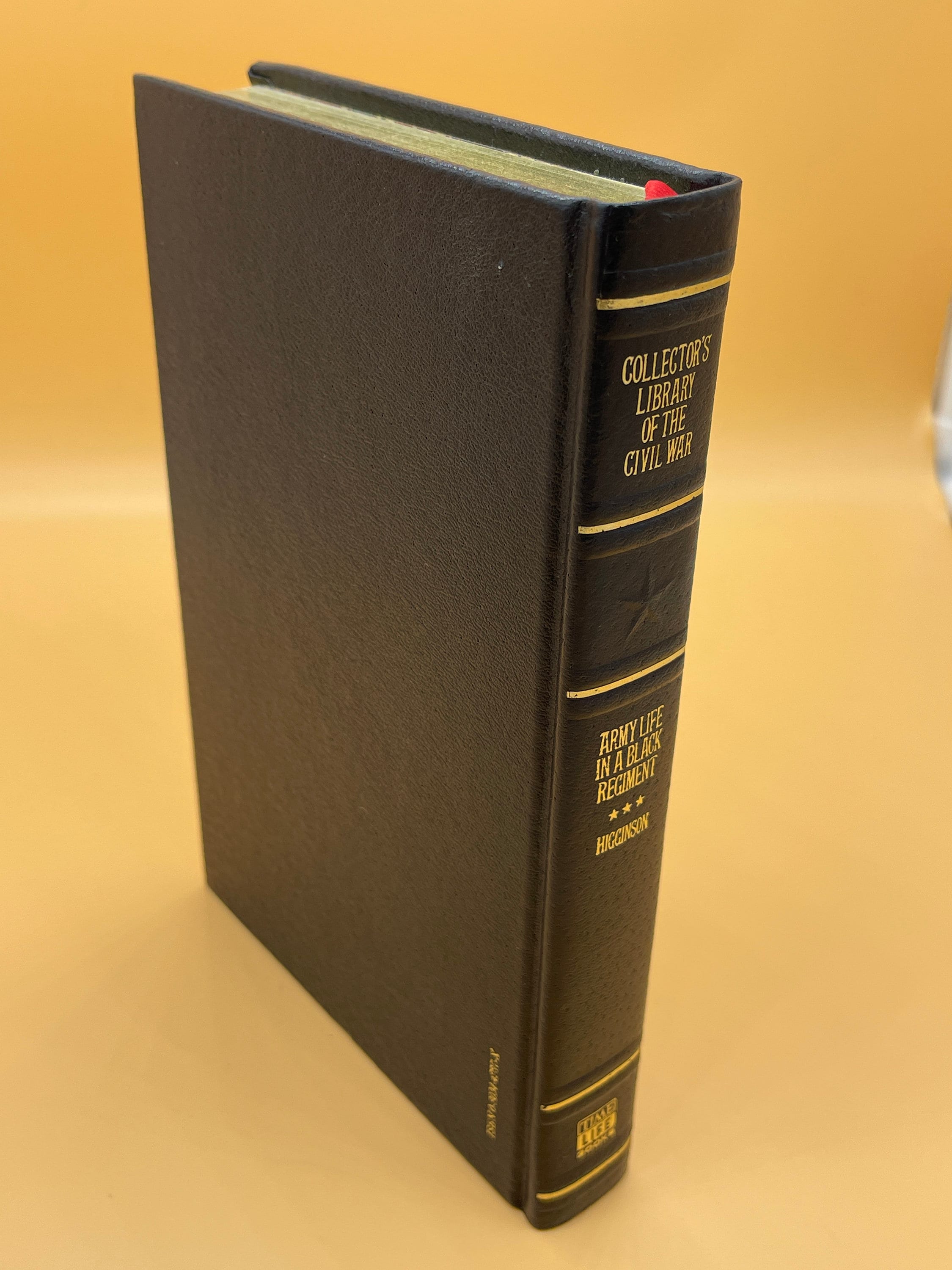 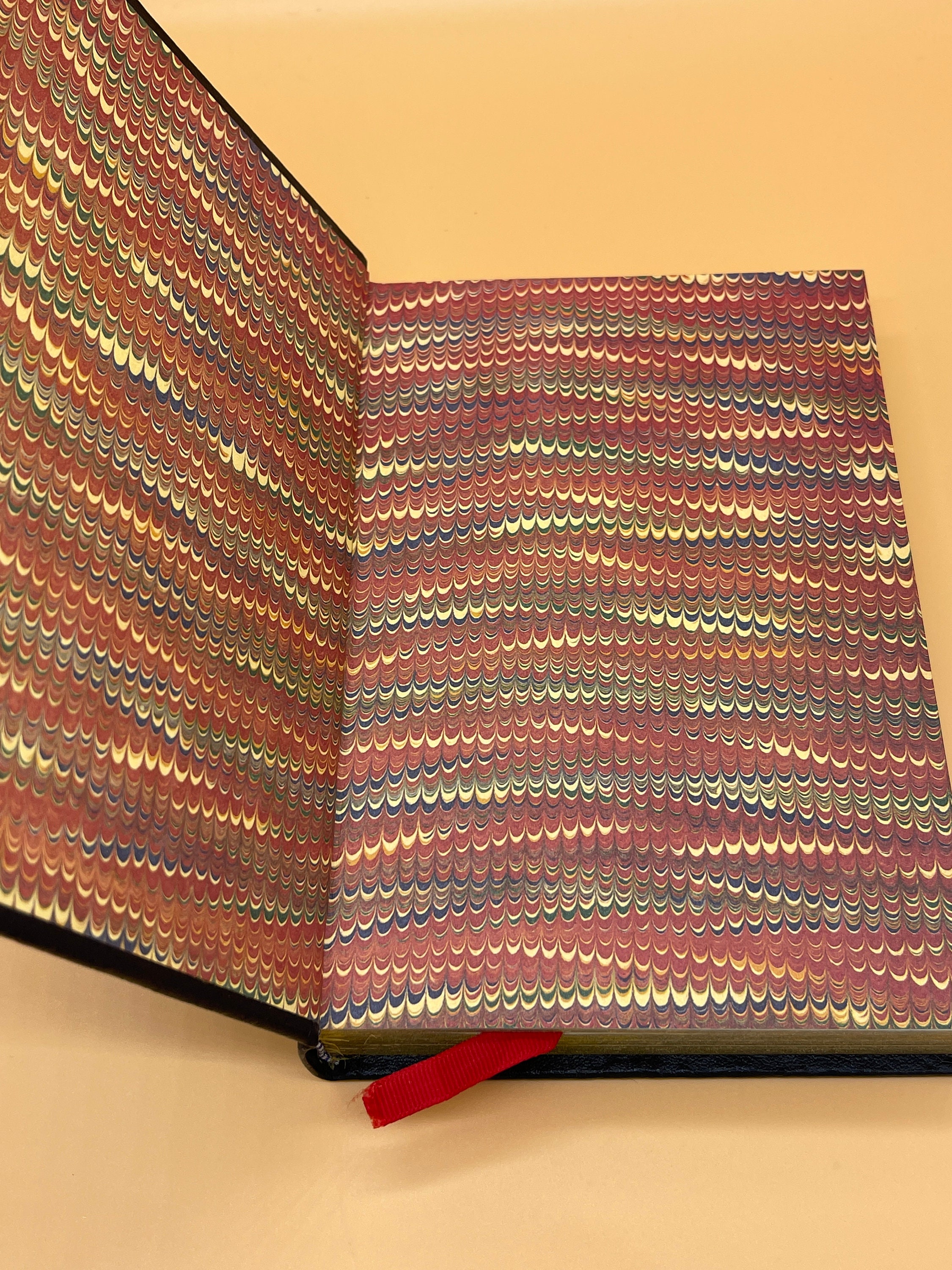 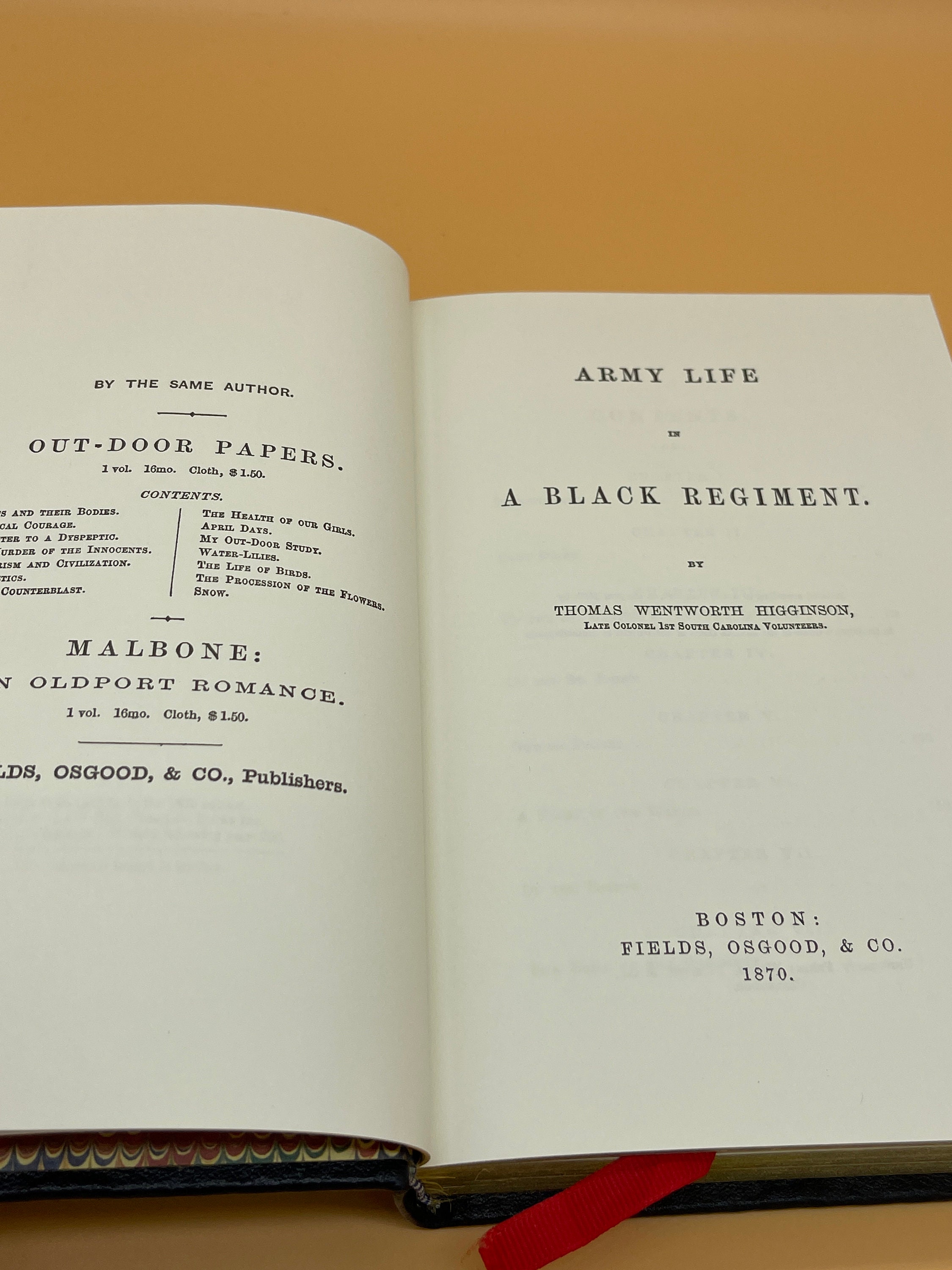 This is a like new hardcover. Leather bound from the Collectors Library of the Civil War, 1982. This copy is crisp and clean inside and out, fine like new condition. Full leather binding with embossed front cover, gold lettering on black leather with gold gilt page edges. Attached silk ribbon bookmark. Binding tight and straight like new. Leather boards like new.

Every book in the Collectors Library of the Civil War has been reproduced photographically from the original edition, thus preserving the authenticity of the original, including typographical errors and printing irregularities. This title has been reprinted from the original 1870 edition.
Two lasting works emerged from Thomas Wentworth Higginson's vast literary output of magazine articles and books. This work was probably the most important, along with Cheerful Yesterdays.
The black regiment was the First South Carolina Volunteers, the first slave regiment to be raised in the service of the Union. The was was going badly, recruitment was low along with morale. In the summer of 1862 Congress and the War Dept. authorized the enlistment of blacks. Chosen to lead the First South Carolina was Harvard educated Higginson, a former clergy and ardent abolitionist who helped raise money for John Brown. His task; turn a ragtag band to 800 slaves (and a handful of freedmen) into a disciplined Army unit.
This book is written in diary form, is full of humor, vivid images of the rural South and anger at the injustices suffered by blacks. Under Higginson's command, a proud well disciplined unit emerged. By the end of the war some 200,000 black fought for the Union and proved their merit over and over.