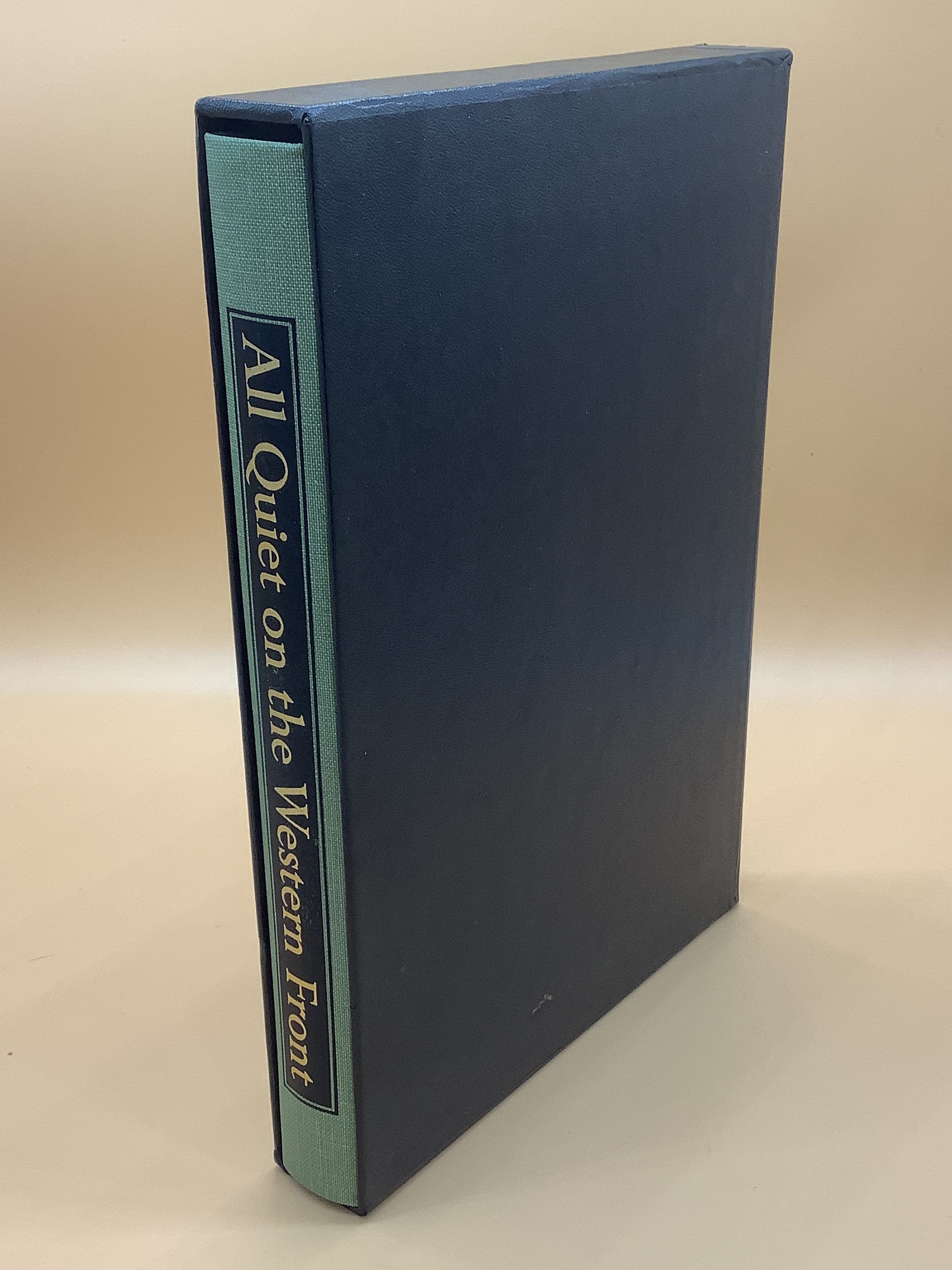 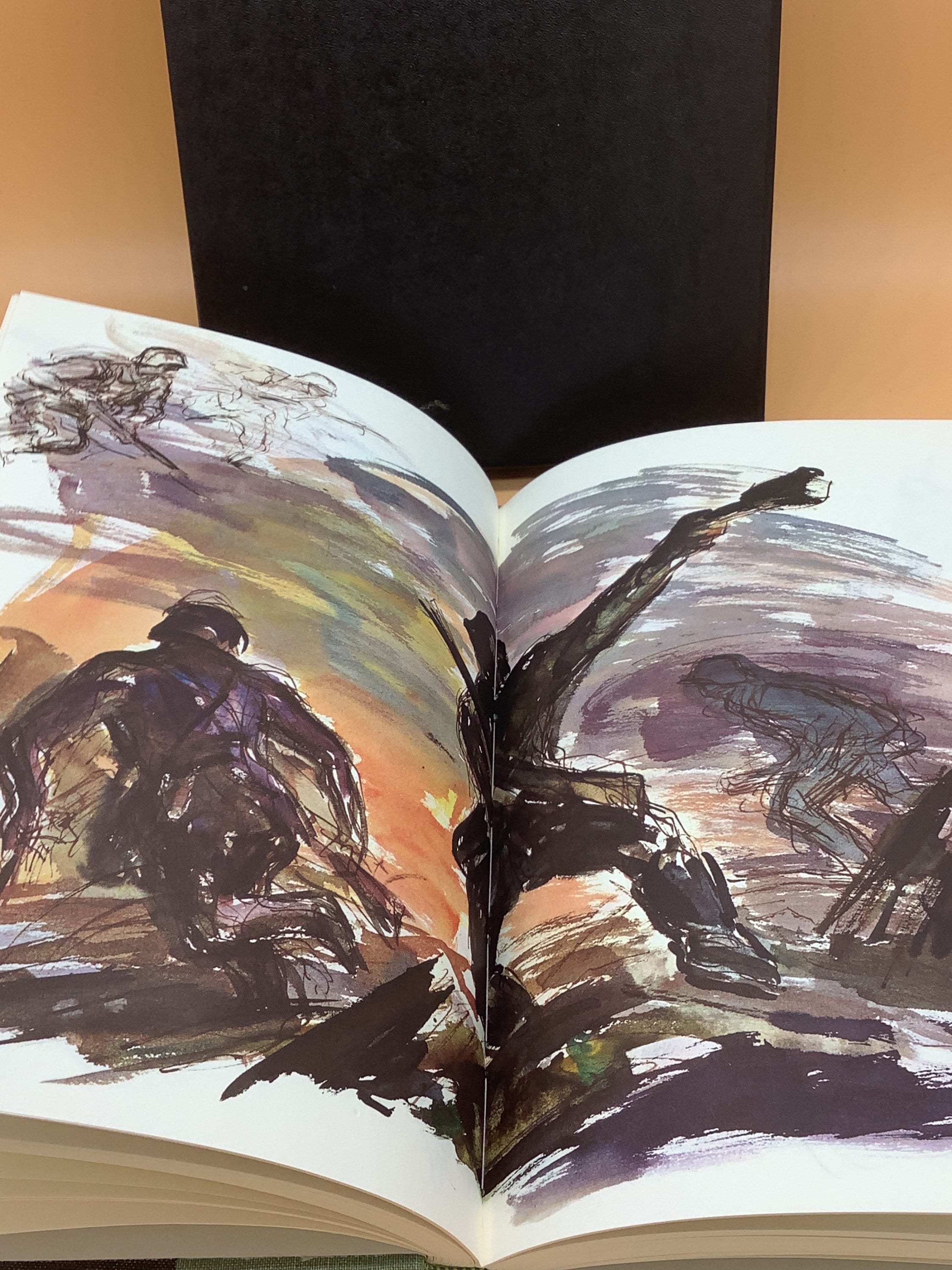 This is a like new vintage special edition hardcover in slipcase. 1969 Heritage Press. This copy is crisp and clean inside and out. The pages are crisp, clean and free of markings. The binding tight and straight. Handsome binding in black/green linen cloth, the hardcover boards w gold lettering are like new. The slipcase is very good with only a hint of shelf wear from display.

This edition contains an intro by Harry Hansen with illustrations by John Groth. Wonderful illustrations, both in color and black line drawings, bring the story to life for the reader. This groundbreaking novel is an account of the horrors of World War l as encountered by a platoon of recruits. Because of the rising tide of National Socialism at the time of publication, the novel was rejected by the first publisher it was presented to. But, it struck a chord with the veterans of the Great War, and around a million copies were printed in its first year. It has been translated into 12 foreign languages and made into a successful movie. It sparked pacifist movements in Europe and somewhat in America and has become required reading for many groups.

When this edition was designed, it was decided that to illustrate a book about the Front, one had to be there. No artist had more time at more fronts then John Groth. When the movie version of the book was released, he saw it 12 times and was spurred to join The League Against War & Fascism. He initially missed the beginning of World War ll but soon joined a convoy of correspondents headed to Paris to report on its liberation. His jeep was the only one to make it to Paris where he conducted the first Picasso and spent a week w Ernest Hemingway and his regulars on the Siegfried Line, ahead of the American front.